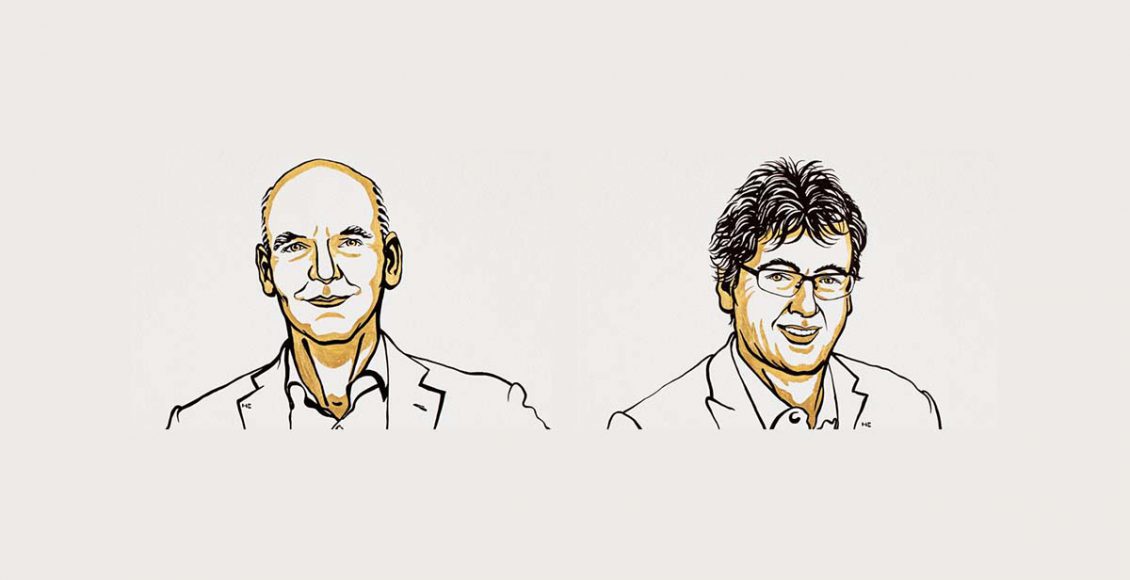 The Nobel Prize in Chemistry 2021

Design and synthesis of molecules is the first step towards development of new and smart materials for versatile applications. Now a days, attention is given towards greener synthesis techniques to reduce bi-products and maintain a pristine environment. Here catalysts play a very crucial role. Catalysts are the substances that control and accelerate reactions without becoming part of the final product. It is used routinely in academia and industry. Advances in chemical synthesis and catalysis are also strongly connected to sustainable technological developments. Traditionally, metals and enzymes are used as catalysts, but both suffer from some limitations.  Metals are mostly toxic to living biota. Often, they require high loading and harsh conditions and their use in synthesis requires a moisture- and air (oxygen)-free environment that is difficult to ensure during large scale synthesis.  Also, there is always a possibility of contamination of the product despite the adoption of best practices and many of the heavy metals are expensive.

Enzymes, on the other hand, pose a relatively greener approach and are often helpful in synthesizing a specific enantiomer. They also work side by side, i.e., when one enzyme is finished with a reaction, another takes over and helps to build complicated molecules with amazing precision, such as cholesterol, chlorophyll, and strychnine.  However, enzymes can be used only in aqueous medium and therefore are not suitable in all kinds of synthesis. It is only in the year 2000 that a third type of catalysis was introduced to the whole world by two scientists Benjamin List and David MacMillan who presented it asasymmetric organocatalysis that builds upon small organic molecules.

The 2021 Nobel Prize in Chemistry has been conferred on Benjamin List and David MacMillan for ‘Development of a precise new tool for molecular construction: organocatalysis’.  Independently developed by the duo in 2000, this novel technique is an efficient, precise, cheap, relatively fast, and greener way to synthesise new molecules.

Organocatalysis involves use of small organic molecules with stable framework as catalysts. These are cheap to prepare and are environmentally friendly. During molecular synthesis, often two molecules are formed which are non-superimposable mirror images (enantiomers). Organocatalysts have the ability to drive asymmetric catalysis yielding only the desired enantiomer. Biologically active molecules are often chiral, and organocatalysts provide a way to make candidate drug compounds quickly and efficiently. Another more exciting discovery is that several steps in a production process can be performed using organocatalysts in an unbroken sequence known as ‘cascade reaction’.  This cascade approach considerably reduce waste in chemical synthesis. In addition, this also make purification and isolation of molecules more precise.

Benjamin List started his post-doctoral research in the Carlos F. Barbas’s research group at the Scripps Research Institute in southern California. While working with enzymes, he observed that it is not the complete enzyme but one or more individual amino acids in the enzyme that drive the reaction. His out-of-the-box thought was whether the active amino acid/s need to be a part of the enzyme to catalyse a reaction or whether a single amino acid or similar simple molecules can perform the same job. He tested the catalysing ability of a simple enzyme ‘proline’ in aldol reaction. It was a simple attempt that, amazingly, worked. With this, List successfully demonstrated the efficiency of proline as catalyst and its ability to drive asymmetric catalysis.  Proline is a very simple, cheap, and environmentally friendly molecule. When he published his discovery in February 2000, List described asymmetric catalysis with organic molecules as a new concept (Fig. 1). He suggested that “the L-proline catalyst functions as a ‘micro-aldolase’, i.e. as an enzyme mimic, and that other organic reactions might be susceptible to a similar proline-mediated enamine catalysis”.

List was not alone in this discovery. In the laboratory of UC Berkeley, David MacMillan was also working towards the same goal. David started with several organic molecules having a nitrogen atom with an inherent affinity for electrons. He selected several organic molecules with the right properties, and then tested their ability to drive a Diels-Alder reaction. He got excellent results and with some organic molecules he also observed remarkable asymmetric catalysis (Fig. 2). To make other researchers understand that there were more organic catalysts to discover, David MacMillan used the term ‘organocatalysis’ and published his work in January 2000, just before Benjamin List published his discovery. The introduction of his work states: “Herein, we introduce a new strategy for organocatalysis that we expect will be amenable to a range of asymmetric transformations”.

Fig 2: Iminium ion catalysis: In 2000, Ahrendt, Borths and MacMillan showed that the chiral imidazolidinone can catalyse the Diels-Alder reaction between α,β-unsaturated aldehydes and dienes.  The organocatalyst is prepared from the methyl ester of the naturally occurring amino acid L-phenylalanine. The reaction moves through iminium ion intermediate.

Independently, the duo Benjamin List and David MacMillan had discovered an entirely new concept for catalysis. Since 2000, a lot of developments in this area has taken place and in these developments List and MacMillan maintained the leading positions. They have designed multitudes of cheap and stable organocatalysts, which can be used to carry out a variety of chemical reactions. Organocatalysts can also be used for carrying out cascade reactions that can considerably reduce wastes in chemical manufacturing.