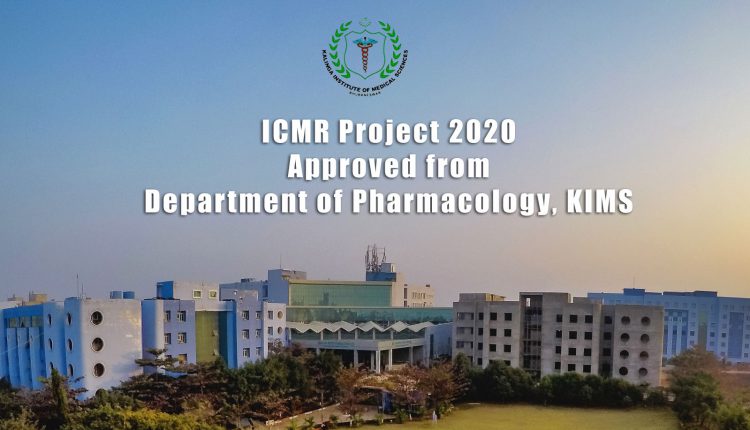 The project titled “Evaluation of antidiabetic, renoprotective and antioxidant properties of aqueous extracts of Linum usitatissimum in streptozotocin induced diabetic rats” by Ms. Anoushka Prakash, 2nd year MBBS student of KIMS has been approved by ICMR-STS 2020 (Reference ID: 2020-02104). The project will be conducted under the guidance of Dr. Vartika Srivastava, Assistant Professor in Department of Pharmacology, KIMS.

Diabetes mellitus (DM) is a chronic metabolic disorder characterized by high levels of glucose in the blood due to the non-secretion of insulin or insulin insensitivity. The pathophysiology of diabetes involves a very complex cascade of several interrelated mechanisms. Elevated blood glucose induces auto-oxidative glycosylation and formation of glycation product, activates protein kinase-C, and increases polyol pathway activity, which are the key components of the cascade. These pathways are responsible for the generation of reactive oxygen species (superoxide, hydroxyl radical, hydrogen peroxide) and  peroxynitrite, which ultimately contribute to oxidative stress. Linum usitatissimum plant is a blue or purple flowering crop and a member of family Linaceae commonly called Flaxseed or linseed in English, Alsi or Tisi in Hindi, Alsi in Gujarati and Atasi in Sanskrit and it is distributed in tropical India. Flax seeds contain high levels of Omega-3 fatty acid, fibre components and phytochemicals such as lignans bio-resource. The main physiological benefits of flax seeds are attributed primarily to the high linoleic acid content which contributes to their antioxidant properties against various diseases, including atherosclerosis, hypertension, anti-inflammatory, and anticarcinogenic effects. Hence we are taking up this study to evaluate the role of this herbal product in diabetes which causes impaired renal function and oxidative stress.