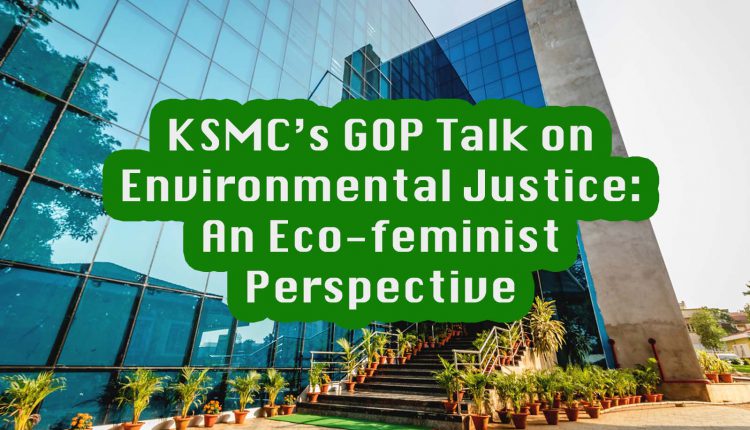 Gender study has been a significant as well as sought-after subject in the field of higher education. Particularly, as Journalism is the most integral part of social science, the students need to be oriented on the subject of gender issues of our society. Based on the societal, constitutional and academic requirement, KIIT School of Mass Communication (KSMC) has started a Gender Orientation Programme (GOP) from this academic session. Dr. Bidu Bhusan Dash, Course Coordinator of KSMC introduced the GOP talk series and the talk was started with the brief introduction of the guest by Tanushree Mishra, a 5th semester student of Master of Communication and Journalism (Integrated) programme.

Under GOP talk series, the first was delivered by Dr. Chitra, K. P., Assistant Professor, Department of Social Work, Central University of Tamil Nadu. Dr. Chitra has completed her doctoral studies from Tata Institute of Social Science (TISS), Mumbai and has received international academic and professional development programmes from University of Tampere, Finland and University of Wageningen, the Netherlands.

Dr. Chitra started her talk with the background of her research work she had done so far and then gave an introduction on ecofeminist perspective on environmental justice. In simplifying the broad issue, she discussed the equation between social inequality and environmental inequality. She also explained how the environmental crisis is related to social injustice. Environmental injustice has been a very general issue for all but she analyzed the concept through a gender lens. Justifying her view point, she narrated the endosulfan tragedy in Kasaragod, where the aerial spray of organochlorine on plants creates a number of health issues particularly on the women community. Health effect of the chemical includes neurotoxicity, late sexual maturity, physical deformities by birth, mentally challenged children, repeated miscarriage among women, poisoning and death. There were protests and intense campaigns in Kerala on this issue. Furthermore she added to some extent our cultural system is also responsible for such environmental injustice. She discussed the critique of the oppressive conceptual framework of patriarchy and capitalism. The ecofeminist view on capitalist patriarchy was also explained beautifully. Another important and popular dimension of this concept i.e. linguistic perspective was also discussed by her. By citing examples of animalizing and feminizing words and phrases, she explained how our language is synchronized with the ecofeminist view.

At the end of the session students as well as other participants asked questions and Dr. Chitra nicely explained all the questions. Moreover the talk was very informative and Dr. Chitra’s ground level approach to the study could create interest in the minds of the students. Lastly, Dr. Dash gave a vote of thanks to the guest. The entire virtual session was conducted through Google Meet. During the session faculty Ms. Ruby Nanda, Dr. Anurag Sahu and Mr. Souptik Garai were present. All the students of KSMC participated in the session. Apart from KIIT DU’s students and faculty members, professors from other universities also participated and enjoyed the talk.