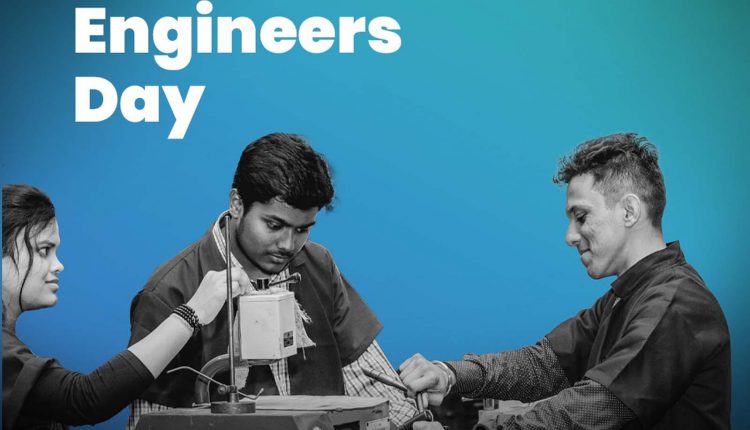 KIIT School of Electrical Engineering, in association with IEEE Consumers Electronics Society and IEEE IES Society, Bhubaneswar, organized a Webinar on the occasion of Engineer’s Day on 15th September 2020.

Dr. Sudip Sendiscussed the concept and history of multidisciplinary research. He advised the students to start networking with good organizations and build relationships from the 3rd year onwards.  He emphasized on having an extraordinary CV.

Er T. Ch. Hanuman Rao told students to upgrade themselves and become better every day. Getting a job should not be the sole objective and making money is only a byproduct, he said.

Er. Asutosh Rath emphasized on the great contributions of M. Visvesvaraya, whose birth anniversary is celebrated as Engineer’s Day. He is respected for his work not only in India but in other countries like Sri Lanka, and Tanzania, etc. He stressed on two aspects – academic excellence and understanding of self.

Er Partha Roy discussed at length how to train our brain to replicate an amoeba, to adapt to flexibility, and how the pandemic has allowed social nearing and physical distancing, He also asked the students to be well prepared and make themselves relevant for the upcoming and already existing digital transformation.

Dr. Malay Kumar Pradhan highlighted the importance of engineers and explained why they are optimists. Communication and new found technologies have been possible because of the engineers, he said. He emphasized the importance of safety, health and welfare of the workers at work.

Mr. Sai Krisna Rao said that India has the youngest youth populace who have ample opportunity to serve the world. He praised the initiative of the Prime Minister Shri Narendra Modi and his plans about Skill India which is coming in a big way.

Dr. Basant Kumar Mishra suggested ways to create a trillion dollar economy. Being self reliant is important, he said. He focused on mechanization in our farming sector as 70% of India’s population lives in the villages.

Er. Ananta Rao Mangalagiri stated that students have to be sensitive about preparing sensible and viable project proposals, work out cash flows, etc. They should look forward to being entrepreneurs and improve their communication, he added.

Dr. S.M.Ali praised Dr. Achyuta Samanta, Founder, KIIT & KISS for his tireless efforts towards excellence and self-reliance. He complimented the Director of SoEE and the Registrar, KIIT-DU for arranging the programme. He told students to actively involve themselves in research and development.

Prof. Jnyana Ranjan Mohanty expressed his gratitude to the dignitaries for joining at such a short notice and thanked the Director for arranging the same. “Engineer’s Day has been dedicated to all those without whom machines would not have been made and technology would not have taken us to the next level”, he remarked. Earlier, Prof (Dr.) Chinmoy Kumar Panigrahi welcomed the dignitaries and set the context of the webinar.

The session was coordinated and anchored by Prof. Snehalika and Ms. Ruksha Mohanty. The session concluded with Prof. Subrat Behera, Associate Dean, T&P proposing the vote of thanks. The event was attended by all faculty members, technical staff, and B. Tech students of the School.