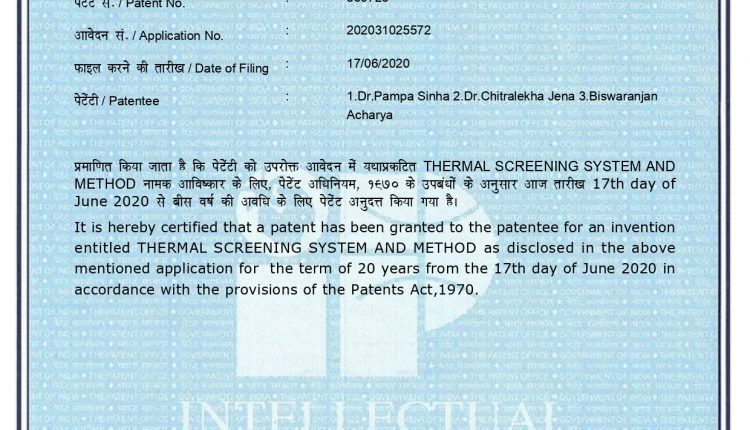 Dr. Pampa Sinha and Dr. Chitralekha Jena, Assistant Professors in KIIT School of Electrical Engineering along with Ph.D. scholar Mr. S. Ramana Kumar Joga developed a project model titled “Thermal Screening System with Face Recognition and Tracking”. The prototype is patented and has been granted for 20 years from 17th June 2020 in accordance with the provisions of the Patents Act 1970 by Controller General of Patents, Design and Trademarks, Department of Industrial Policy and Promotion, Ministry of Commerce and Industry, Government of India. This project has been funded by a foreign industry, named AKON Group of Industries.