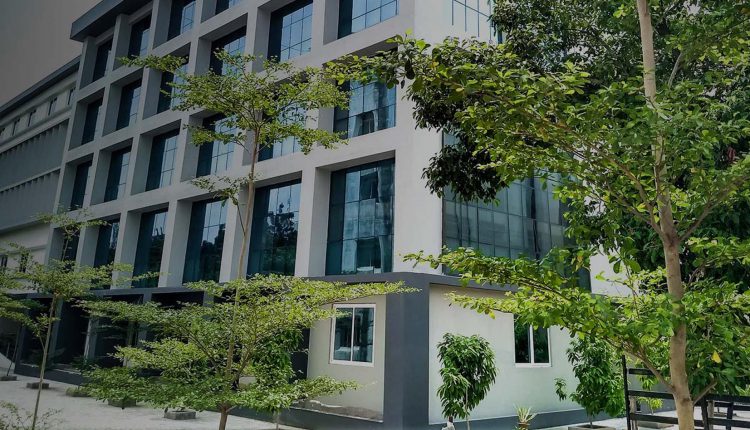 As a part of its outreach programme, the Department of Mathematics under School of Applied Sciences, KIIT Deemed to be University organized a four-day International Webinar on “Recent Trends in Geometric Function Theory and Applications (RTGFTA-2020)” from 18th to 21st September, 2020. The webinar was inaugurated by the Organizing Chair, Prof. Sudarshan Nanda, Professor Emeritus & Research Chair, KIIT in the presence of Prof. Pramod Kumar Das, Professor Eminence, Department of Mathematics, who presided over the session. A short video of the journey of KIIT was shown to the participants.

Delivering his talk on “Radius of univalency for harmonic mappings with fixed analytic part” on the opening day, Prof. J. K. Prajapat, Central University of Rajasthan discussed the harmonic function defined in the open unit disk and discussed some properties of univalence. He left some open problems to the researcher to carry out their research in this field. Prof. Daniel Breaz, 1 Decembrie 1918 University, Romania delivered a talk on “Some conditions of univalence for integral operators with applications in fluid mechanics”. He emphasized the application of univalence in solving the boundary problem in the field of fluid dynamics which is the new idea. The researchers can try to find out the problem in the direction and solve by using this technique, he suggested.

On the second day, Prof. T. Bulboaca, Babes-Bolyai University, Romania discussed how the concept of Subordination and Superordination can be used for Preserving Properties for Families of Integral Operators for Meromorphic Functions. He considered the class of meromorphic functions having a pole at origin with residue.  With help of this function, he generalized the integral operators. Making use of a subordination chain or lower chain, he established certain theorems. The construction of open door function is new in the history of geometric function theory, he said. He demonstrated some results based on this function.

Prof. A. K. Mishra, Ex-Director, IMA, Bhubaneswar correlated the functional analysis with complex analysis. He discussed the concept of C*-Algebra with application to analytic function in geometric function theory by means of subordination. This concept is new and there are hardly three to four papers available in literature. The research scholars can try their research in this direction. In the question-answer session many questions were posed by the participants and a thorough discussion was made.

Dr. Vasudeva Rao Allu, IIT Bhubaneswar, speaking on the third day, stressed upon convex function. He discussed in detail the history of development of various function classes of Ma and Minda type. Dr. Priyabrata Gochhayat introduced the concept of partial sum related to harmonic mapping and discussed how the analogue of Koebe function becomes the extremal function for harmonic functions. Prof. R. N. Mohapatra, University of Central Florida, USA discussed the concept of Hankel determinant with respect to sine and cosine functions and developed some relation to coefficient bounds.

On the concluding day of the webinar, a short video on Prof. Achyuta Samanta, Founder, KIIT & KISS was shown to the participants. The speakers of the day were Prof. S. Sivasubramanian, College of Engineering, Anna University, Chennai, Tamilnadu and Dr. A. Swaminathan, IIT Roorkee, India. Prof. Sivsubramanian stressed the history of subordination, majorization and quasi-subordination. He mentioned the link between these concepts. A lot of new results can be found out by using quasi-subordination and a researcher can work in this direction. Dr. A. Swaminathan discussed the geometric properties of analytic functions subordinate to the Nephroid domain. By means of various figures, he showed how the different domain under our discussion becomes a subset of the Nephoid domain.

The introduction and vote of thanks to the speakers were extended by the convener, co-convener, organizing chairs and Dr. B. P. Padhy, organizing committee member. The concluding remark was given by Prof. S. Nanda. Faculty members, scholars and students from different countries participated in this webinar. The International Webinar was convened by Dr. Trailokya Panigrahi, Convener and Co-conveners, Dr. Arun Kumar Gupta and Dr. Prakash Kumar Sahu of Department of Mathematics.