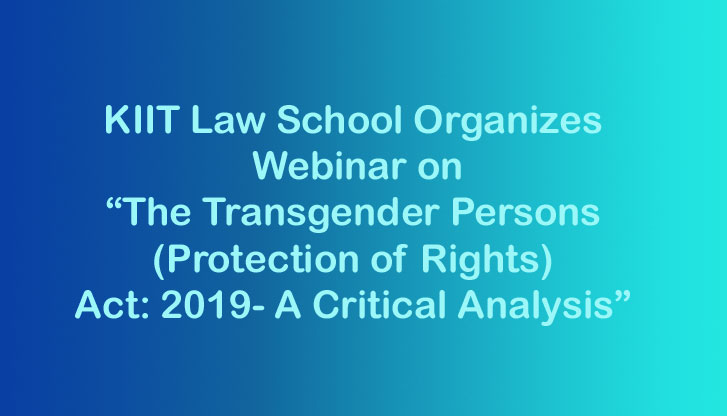 “Transgender” is an umbrella term for people whose gender identity is different from the sex assigned to us at birth. Although the word “transgender” and our modern definition of it only came into use in the late 20th century, people who would fit under this definition have existed in every culture throughout recorded history. Pertaining to the concept of gender, sex, sexuality with reference to HIV she gave her immense gratitude to the grundnorm, the Constitution and the Hon’ble Supreme Court for recognizing the transgender as third gender and pronouncing the judgement of NALSA consisting of 2010 pages. The only lacuna left is the societal stigma and fixed mindset that don’t let the trans community move towards the colorful world from the black and white society where they used to belong. The rainbow flag of LGBTQ which symbolizes the spectrum of human sexuality and gender also represents the willingness of the community to grow and live their life to the fullest.

Moving ahead with the Transgender Persons (Protection of Rights) Act, 2019 she mentioned that the Act had some serious flaws, because of this basic lack of comprehension about gender, some activists also wrote an alternative wish Bill, outlining their demands. The Bill was meant to be a consequence of the directions of the Supreme Court of India in the ‘National Legal Services Authority vs. Union of India’ judgment, mandating the Central and State governments to ensure legal recognition of all transgender persons and proactive measures instituted for their welfare. Activists had harked back to this judgment of April 2014, chastising the Union government for failing to live up to the opportunity to ensure that fundamental rights are guaranteed to all people regardless of their sex characteristics or gender identity. Rejecting ‘Transgender’ as the nomenclature, they suggested instead that the title should be a comprehensive “Gender Identity, Gender Expression and Sex Characteristics (Protection of Rights) Bill”, and in definition, sought to introduce the distinction between transgender and intersex persons upfront. Through her session, she also highlighted the various stigmas which are faced by the transgender community, from getting a basic education to healthcare or employment and emphasized on the need to provide more representation to transgender community in all spheres of public life.

In the end, there was an interactive session- where questions were asked by the audience and answered by the guest speaker. To conclude the webinar, the Faculty In Charge of the CSRLD, Ms. Tulishree Pradhan gave the vote of thanks and with that the webinar came to an end and was one of the successful events with more than hundred participants. Ms. Shreyasi Bhattacharya, Co-Faculty-In Charge at the ‘Centre for Studies And Research in Legislative Drafting’ also spoke on the occasion. The session was moderated by Ms. Riya Rai, a fourth year student and Ms. Ipsita Padhi, a third year student from the KIITLaw School.