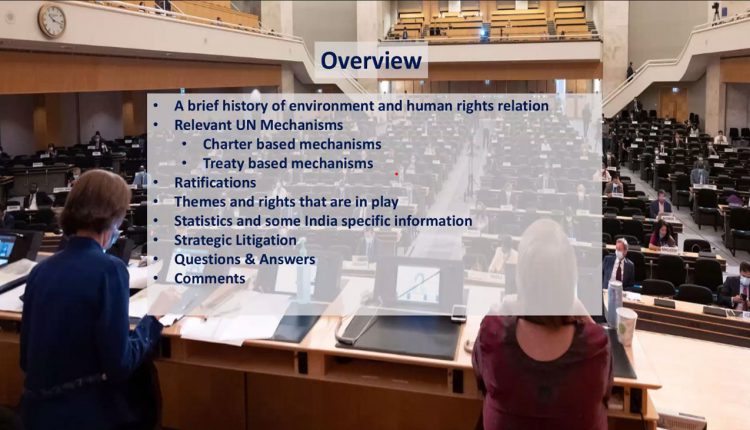 In his lecture, Mr. Mahanoglu gave a brief overview of the international frameworks on environmental protection, such as the 1972 Stockholm Declaration (United Nations Conference on the Human Environment), 1987 Brundtland Report (by the United Nations through the Oxford University Press) and 1992, Rio Declaration on Environment and Development. He also depicted a comparative analysis of the legal frameworks of various countries on environmental protection with a special focus on the legal frameworks of developing countries.

The distinguished speaker brought everyone’s attention to key provisions relating to the Paris Agreement (2015) and its seven key environmental themes including broad topics such as public participation in availing environmental justice, climate change, pollution, and waste management. He also discussed the shortfalls of the Paris Accord. Explaining the role of public participation in decision making and access to justice, Mr. Mahanoglu, highlighted the Aarhus Convention (1998) and explained its three pillars, which are the right to access environmental information, access to justice and to participate in environmental decision making. He also highlighted the various provisions under the Constitution of India which are responsible for safeguarding the environment and thereby human rights.

The lecture was followed by a question-answer session. The webinar concluded with a brief closing address by Ms. Baisakhi Das and vote of thanks by Ms. Madhuri Meelee, Assistant Professor, KIIT Law School.

Lecture on “Right to Privacy Under Indian Constitution in the Present Day: Issues and…