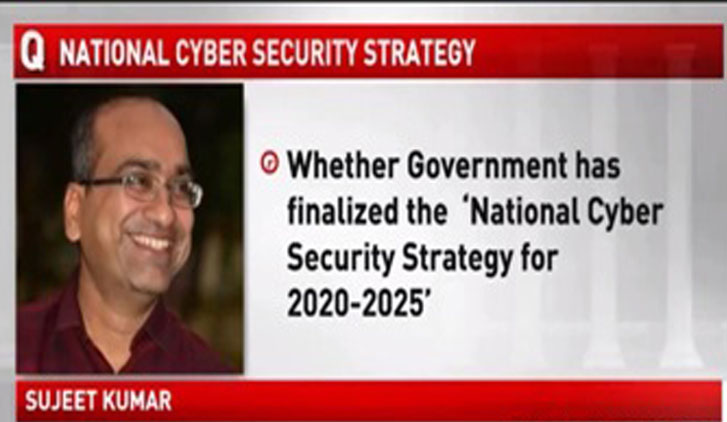 The KLS Centre for Study & Research in Legislative Drafting (CSRLD) under the aegis of Department of Constitutional and Administrative Law, KIIT Law School conducted a National Webinar on ‘Drafting Legal Frameworks for Crime Prevention in the Digital Age: Perspectives & Challenges’ on 3rd November, 2021.

Speaking at the webinar, Mr. Sujeet Kumar, Hon’ble Member of Parliament (R.S.) emphasized that the Government should immediately formulate the National Cyber Security Strategy due to the developing technology, economic growth, geopolitics and, most importantly, threats from hostile nations like China which is extremely aggressive in the cyber space. India is underprepared to deal with cyber crimes, he stated, citing the National Cyber Power Index of Harvard University, which ranks India 21st, out of 25 other nations, for its preparedness of cyber security and system.

He said that although the strategies of India are fairly robust, he would like to seek some specific elements in the document, such as (a) To ensure that it takes care of cross border cyber attacks, (b) The document should be aware of the evolving dangers of cyber warfare, (c) It should look into the public-private partnership model, and (d) Besides cyber warfare, our policy should focus on cyber crime.

Talking about the legal infrastructure of this field, he said that the space of cyber law does not restrict itself to only cyber crime. Intellectual Property Law, data protection and data privacy laws are some other areas that are dealt with by the cyber law. IPC has some key sections like Sections 378, 426, 469, 499, 503, that have relevance to cyber crime, he said.

Mr. Sujeet Kumar remarked that the Data Protection Bill will hopefully be placed in Parliament. The Home Ministry has come out with a dedicated portal for reporting cyber crimes (cybercrime.gov.in), which according to Mr. Kumar is one of the most successful initiatives that the Government has taken. This is one such instance where the Government has proved that if it wants, then it can create a robust structure and framework, he said.

He concluded the session with the fact that cyber crime knows no boundary. It’s unlike other crimes where one knows a certain boundary. The IT Act is inadequate to tackle such situations. The IT Act is severely limiting and was probably adequate when it was drafted as well as amended but thirteen years down the line with the technological developments, it has become inadequate to tackle or restrict the increasing rate of cyber crimes.

The moderator of the webinar was Ms. Charvi and the vote of thanks was delivered by the Convener of CSRLD, Mr. Ayush Verma. The rapporteurs for the event were Ms. Anusmita Das and Ms. Ishita Paul. The faculty coordinators were Prof. Shreyasi Bhattacharya and Prof. Tulishree Pradhan.