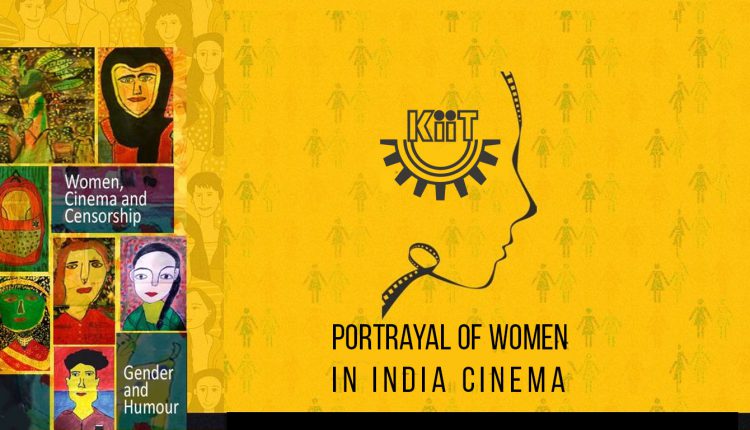 Dr. Amit Ranjan explained the changes in the entertainment market with the arrival of OTT (Over-the-top media services) platforms, which has made Bollywood go from a single screen to multiplexes and right into our mobile screens and forced it to change the nature of its content before it’s too late. Giving the example of The General in his Labyrinth, he showed how society conducts itself differently in the existence of different genders. Using Julia Kristeva’s criticism of the first and second wave of feminism and the concepts of symbolic cyclical time and monumental time, he critiqued various films and explained their feminist and queer perspectives such as Mard, Mardaani (1 & 2), Gunjan Saxena, Dangal, Sultan, Saandh ki Aankh, Pink, Thappad, Mirch Masala and partition films like Khamosh Paani, Garam Hawa, and path breakers like Lihaaf and Qissa.

The lecture delved into the issues concerning the portrayal of women and LGBTQ community in cinema with a special focus on Bollywood. The reciprocal nature of influence that the society and film culture share and its importance and impact on creation of movies bringing about social changes was discussed. The progress, fault lines and future progress of Bollywood in the area of Gender Bender films – films that bend and break the gender stereotypes – was explored at a great length.

The Panel Discussion was chaired by Dr. Sahel Md Delabul Hossain, Faculty Coordinator, Film and Theatre Club, School of Languages and moderated by Ms. Naazia Gulnar, student of B.A. in English (Hons) and the Associate Coordinator of the Film and Theatre Club.  The lecture was organized and curated by Ms. Shatabdi Mishra, Ms. Subhangi Rout, Ms. Naazia Gulnar, the Core Students Team, and the faculty members of the School.

The Lecture Series commenced with the welcome address by Ms. Monali Pattnaik, Core Member, Film and Theatre Club. The vote of thanks was proposed by Dr. Sahel Md Delabul Hossain. Mr. Sabyasachi Mishra, student of B.A. in English (Hons.) and the Core Member of the Film and Theater Club also spoke on the occasion.