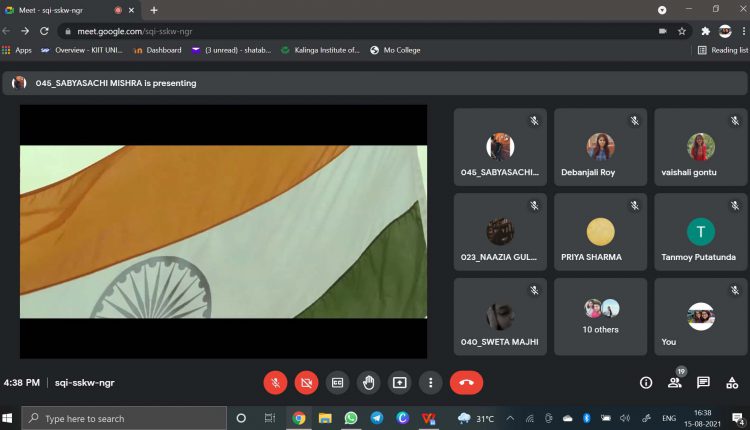 The Film and Theatre Club, School of Languages, KIIT Deemed to be University organized its second Virtual Film Screening on 15thAugust 2021 to commemorate the country’s 75th year of Independence and the recent success of Indian Athletes in Tokyo Olympics. The film selected for screening was Chak De! India (released in 2007) written by Jaideep Sahni and directed by Shimit Amin.

With India bagging medals in different sports, it was the Men’s Hockey team that stole the spotlight with their lionhearted performance and adding glory to the nation by bringing in the twelfth medal in the Olympics history, being the highest numbers of medals achieved by any country in a particular sport. The daughters of the nation have equally made the country proud in the Tokyo Olympics. The screening was a success and was seamlessly managed by the Core Team of Film and Theatre Club, School of Languages.