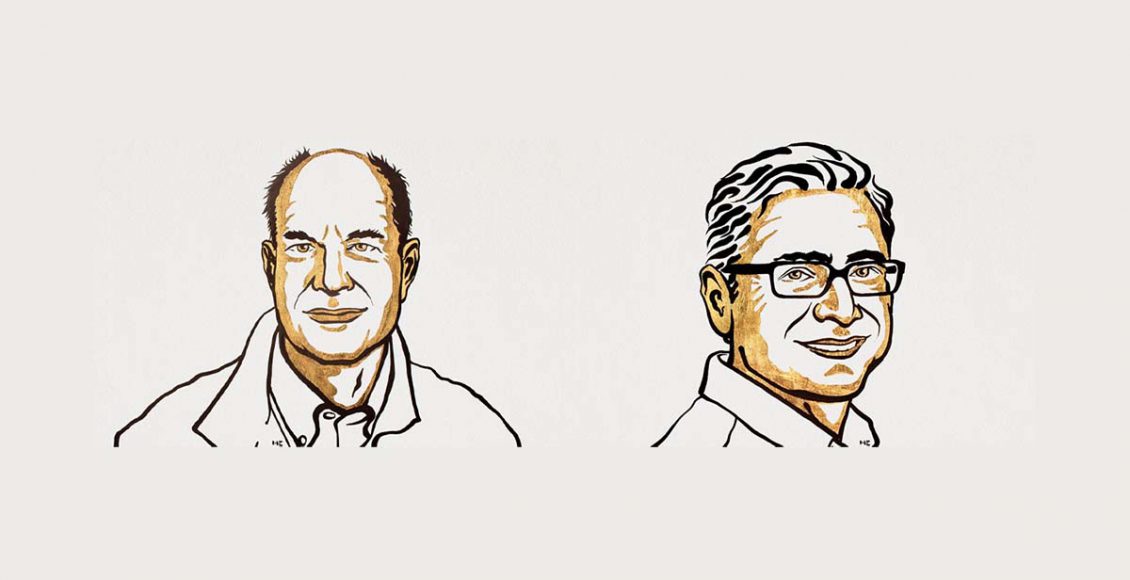 The Nobel Prize in Physiology or Medicine 2021 was awarded jointly to David Julius and Ardem Patapoutian, two scientists who independently discovered key mechanisms of how people sense heat, cold, touch and their bodily movements. Our sense of touch is comprised of a complex web of sensations, involving temperature, mechanical pressure, pleasure and pain. Exactly how the body can differentiate between, for example, the enjoyable warmth of sunlight on our skin and the pain of touching a hot stove, was difficult to unravel. But a breakthrough came in the 1990s when David Julius and his team began investigating the receptors that respond to painful heat. To do so, they used the chemical compound capsaicin, which creates the burning sensation associated with chilli peppers. At the time it was unknown how the compound did this, so Julius’s team scoured a DNA library to identify specific genes associated with the process. Experiments exposing cultured cells to capsaicin eventually revealed a single gene that encoded for a protein that responded to heat. Later named TRPV1, this receptor was found to activate at temperatures above 43 °C (109 °F), opening an ion channel that sends a pain signal to the brain. The discovery of TRPV1 led to the discovery of other temperature receptors, including TRPM8 which is activated by cold. TRPM8 was independently identified by both Julius and his now-co-Nobel-Prize-winner, Ardem Patapoutian. Their seminal work in discovering the gene and understanding the process by which our bodies experience temperature and pressure is in the realm of somatosensation, or the ability of specialized organs like eyes, ears, and skin to see, hear and feel. For millennia, humanity has been interested in the subject of how humans perceive the physical world through somatic feelings. Temperature and pressure activate distinct types of nerves in the skin, which were discovered in the first half of the twentieth century. External stimuli, like temperature or touch, are linked to electrical impulses that drive nervous-system reactions, according to Julius and Patapoutian’s discoveries. However, until the Nobel Prize-winning findings this year, the identity of the molecular transducers responsible for sensing and converting heat, cold, and touch into nerve impulses in the sensory nervous system remained a mystery. David Julius wanted to find the cellular target of capsaicin, the primary ingredient in chilli pepper. Capsaicin was known to cause pain responses, but how it did so was unknown. Julius and his colleagues looked for a gene that would respond to capsaicin in the 1990s by looking through genes that are activated in reaction to pain, heat, and touch. In a functional screen, he employed a cDNA library from sensory neurons to seek a gene that may provide capsaicin sensitivity to previously insensitive cells. A cDNA encoding a new ion channel (now known as TRPV1) belonging to the transient receptor potential ion channel family was discovered during the screen. Meanwhile, Patapoutian and his colleagues were on the lookout for molecules that were triggered by mechanical forces. The researchers found cells that released an electrical signal, and then looked for genes that could govern this response. The identification of two additional ion channels, Piezo1 and Piezo2, which are triggered by pressure. Piezo1 and Piezo2, two mechanically activated ion channels, were discovered and proved to represent an entirely new family of ion channels that function as mechanical sensors. Patapoutian also showed that Piezo2 is the principal mechanical transducer in somatic nerves and that it is essential for touch and proprioception sensitivity. He went on to discover that Piezo1 and Piezo2 have critical roles in a variety of other physiological functions. The two laureates’ work has revealed one of nature’s mysteries by revealing the molecular basis for perceiving heat, cold, and mechanical force, which is essential for our ability to feel, understand and interact with our internal and external environment. Julius and Patapoutian both studied how cells respond to cold using menthol, a chemical that causes a cooling feeling. This led to the discovery of TRPM8, a new ion channel that is activated by cold. The researchers rapidly discovered that the chilli-heat detecting protein had a larger role in transmitting unpleasant heat sensations. The discovery of TRPV1 and other pain-sensing proteins has aided researchers in better understanding the molecular basis of pain, and in their hunt for novel remedies. Julius contributed to a revolution in structural biology, brought about by cryo-electron microscopy, a technique recognized with a chemistry Nobel in 2017, when he collaborated with Yifan Cheng, a biophysicist at UCSF, to create an incredibly precise structure for the TRPV1 ion channel. That broke open the dam for understanding the details of the structure of membrane proteins. Both David and Ardem have made significant contributions to our understanding of sensory biology.

The Nobel Prize in Chemistry 2021

The Nobel Prize in Physics 2021