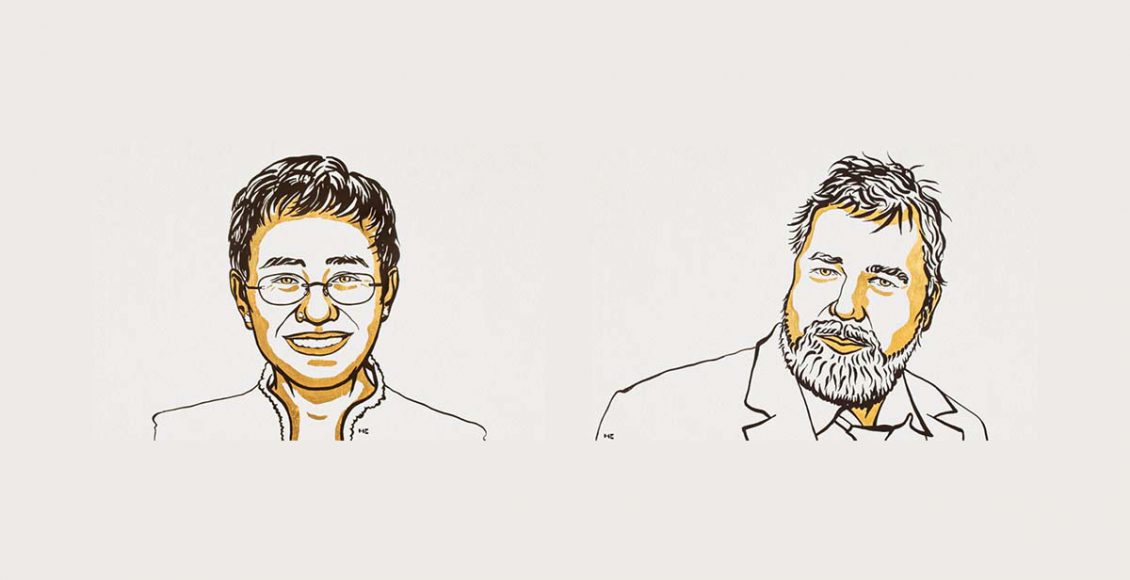 In the book entitled, Manufacturing Consent: The Political Economy of Mass Media (1988), Noam Chomsky brought out how mass communication media of USA carries out a system of supportive propaganda function by relying on market forces and uses editorially distorted filters to promote the cause of powerful corporates.  After disintegration of USSR in 1991, Francis Fukuyama, in his iconic book End of History, hoped for the dawn of liberal democracy, promotion of free speech, liberal values and free market. However, the press in Russia has been at a discount and authoritarianism has become the norm.

In this backdrop, the Noble Committee, by awarding the Nobel Prize in Peace 2021 to Dmitry Muratov, has recognized how relentless defense of freedom of speech in Russia under increasingly challenging condition is being promoted by him as the Editor-in-Chief of the newspaper Novaya Gazelo.  His newspaper is like whiff of fresh air in monochromatic reporting, where only fact-based journalism and professional integrity matter.  The newspaper—thanks to Dmitry—has been at the forefront of publishing critical articles on subjects raising from corruption, police violence, unlawful arrest, electoral fraud and troll factories. Since the newspaper’s beginning in 1993, six of his journalists have been killed, which included Anna Politkovkaya who wrote revealing articles on the war in Chechnya. Dmitry consistently defended the right of journalists to ‘write anything they want about whatever they want’, as long as they comply with the professional and ethical standards of journalism.

Meria Ressa, who shares the Nobel Prize in Peace 2021, is a rare stormy petrel who uses freedom of expression to expose abuse of power, use of violence and growing authoritarianism in her native country, the Philippines. In 2012, she co-founded Rappler, a digital media company, for investigative journalism. Rappler has focused critical attention on Dutere regime’s controversial, murderous anti-drug campaign. The number of deaths is so high that the campaign resembles a war against the country’s own population. Ms. Ressa has documented how social media is being used to spread fake news, harass opponents and manipulate public discourse.

Press, being the fourth pillar of democracy, a media, complicit with the corporate and the powers, can be a sure recipe for disaster.  The 2021 Noble Peace awards to intrepid and fearless journalists hold an important lesson for all countries where the discourses on print and visual media carry the anguish of Chomsky’s manufactured consent, reflecting the simmering conflicts between freedom of expression as guaranteed by Constitutions, the restrictions that the states impose under the bogey of national security, and the Supreme Courts’ balancing acts as independent arbiters. Muratov’s fearless investigative journalism and Ressa’s campaign against senseless killings are powerful pointers as to why independent fearless journalism really matters in a healthy democracy.

In January 1941, Franklin D. Roosevelt proposed four fundamental freedoms that people everywhere in the world ought to enjoy: Freedom of speech, Freedom of worship, Freedom from want, and Freedom from fear. Twenty-eight years earlier Tagore, the Nobel laureate wrote an iconic poem Where The Mind Is Without Fear to underline the importance of free knowledge, words coming out from the depth of truth, and the world not being broken up into fragments by narrow domestic walls. Ms. Ressa wrote “on social media right now, lies are laced with anger, and hate spreads faster and farther than facts”. In such toxic environment fearless investigative journalism based on facts can play a real transformational role.