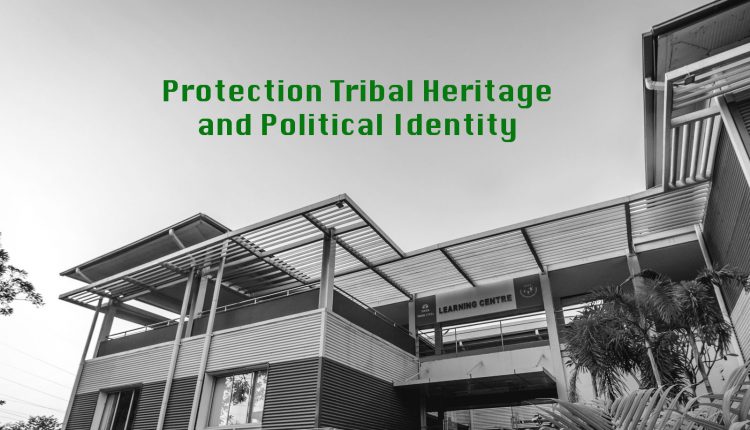 A highly educative and engrossing webinar was organized by KISS Deemed to be University today, on the dual topics related to tribal life and culture. The first guest-speaker Dr. Debendra Biswal, Assistant Professor, Department of Contemporary and Tribal Customary Law, Central University of Jharkhand, Ranchi who spoke about the ‘Protection of Heritage of Indigenous People :Principle and Challenges’. This was followed by an equally erudite topic of ‘Political Identity of Tribals of Assam with Special Reference to Karbi Tribe’ by Dr. Niranjan Mohapatra, Assistant Professor, Department of Political Science, School of Social Sciences, Assam University, Silchar. This was the third Lecture Series organized by the Department of Tribal Heritage and Tribal Indology, School of Education and Extension, KISS Deemed to be University. The topics were selected on the basis of their relevance to the micro-level objectives of KISS, so that these could help the research scholars, interested to work in the areas of preservation of tribal heritage and protection of tribal rights.

Dr. Debendra Biswal started the session with words of appreciation for Dr. Achyuta Samanta and for his brainchild KISS. Then he briefed about the concept of tribal heritage and the concept of indigenous people for better understanding of the participants. His talk was primarily based on the draft on ‘Protection of the Heritage of the Indigenous People’, which was prepared by the United Nation’s Sub-Commission on Prevention of Discrimination and Protection of Minorities. He highlighted the draft principles and guidelines for the protection of the heritage of the indigenous people around the world. He focused on the three major objectives of the principles and guidelines. Firstly, according to Dr. Biswal, the indigenous people may play a major role in achieving sustainable development because of their knowledge and traditional practices. Secondly, it may justify their rights. Thirdly, the indigenous people’s own conception of the nature of their heritage and their own ideas for ensuring the protection of their heritage are central to the “new partnership”. Lastly, he pointed out some of the evidence, particularly from Asia and African countries, which showed that the guidelines and principles are not fulfilled due to several reasons.

In turn, Dr. Niranjan Mohapatra started his talk by expressing his deep gratitude towards the organizers for giving him an opportunity to speak out his mind at such a prestigious platform like KISS. His topic was “Political Identity of Tribals of Assam with Special Reference to Karbi Tribe” and he basically stressed on the “identity politics” in the North-East part of India. He cited a very good example of the Karbi tribe of Assam, who are continuously fighting to preserve their own culture, traditions, folklores and trying to establish their own political identity. Dr. Mohapatra highlighted some of his own research findings and practical experiences gained during his research works in Silchar, Assam. He focused on the fact that unless and until the tribal people developed awareness among themselves on the importance of preservation and transmission of their own cultural heritage and political rights, tribal upliftment would never be possible.

The Lecture Series was coordinated by Dr. Sujata Acharya, Principal, KISS-DU and was moderated by Dr. Manoj Kumar Behera, Associate Dean, School of Education and Extension. At the outset, Registrar, KISS-DU, Dr. Prashanta Kumar Routray introduced the topics and Prof. Harekrushna Satapathy, Vice-Chancellor, KISS-DU introduced the distinguished speakers. The talks ended up with a question-answer session, and Mr. Hurendra Parida, Lecturer in Education, proposed a vote of thanks.