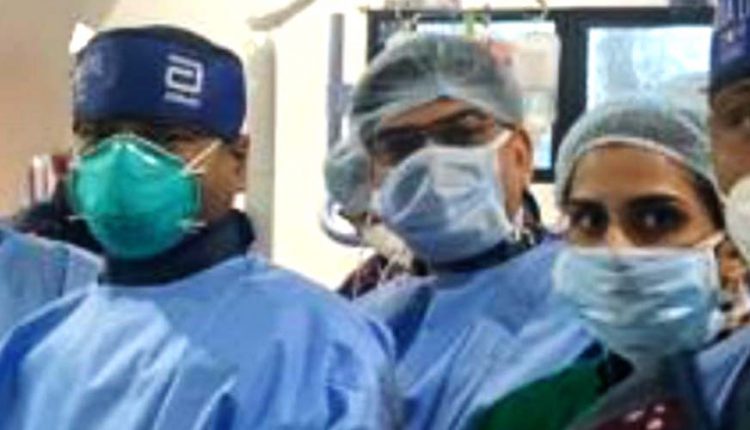 Doctors are otherwise regarded as God and that saying is not for nothing. A cardiologist at KIMS hospital in Bhubaneswar has done the wonder of breathing a new life into a 3-day old baby conducting an operation who was suffering from heart-related ailments.

Conducting an operation on a baby of just 3 days old and that too a surgical intervention into the heart is no mere task. This feat of achievement was done by a known cardiologist; Dr. Anupam Jena who did the operation on the baby whose blood vessels called the aorta was narrowing leading to further debilitation of the baby’s heart.

During the examination, Dr. Jena chanced upon the problem and noticed the narrowing blood vessels which connect to the heart. The artery was narrow enough to obstruct the free flow of blood in it. It was quite a challenge and Dr. Jena realized the urgency of surgical intervention and did the wonder and now the baby is fit and fine.

It was a two hours long operation and Dr. Jena could achieve success with the competent assistance of all the members of KIMS Cath lab and the neonatal ICU team and Dr. Santosh Panda, Neonatologist.

“Conducting such a complicated operation that too on a 3 days old baby has never happened before. While such a rare surgery is first of its kind in Odisha, it is also an exemplary one in entire eastern India”, said Dr. Jena. However, because of the adequate state-of-the-art equipment and infrastructure as well as the Life Support System readily available at KIMS, such an operation could be possible, Dr. Jena added.

Knowing about the successful operation, Founder Dr. Achyuta Samanta has expressed his pleasure and congratulated Dr. Anupam Jena & team while wishing quick recuperation of the baby.