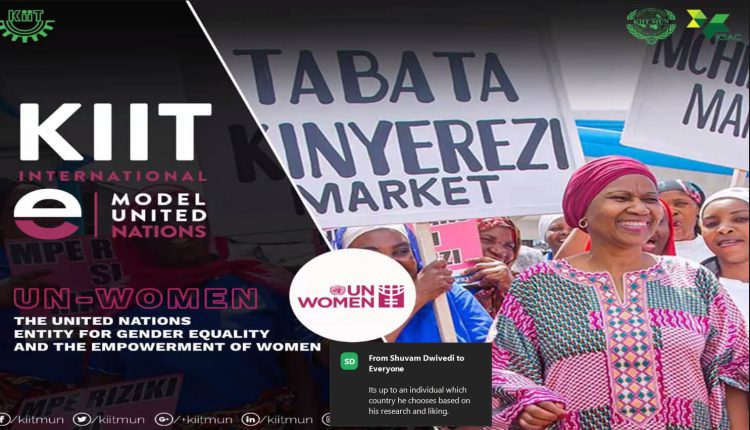 An overwhelming response of more than 300 students was seen, and the event was covered live on Facebook simultaneously to respond to all the queries.

As this was a purely academic workshop, the Rules of Procedure (ROP) of MUN were discussed in detail and the students were apprised on the various committees and their agendas. Participants actively took part in a few games that were designed to make the workshop more interactive. A quiz on The United Nations and a Twitter game was played. The workshop concluded with a live debate where the students debated amongst each other upon a given stance and the best debaters were announced.

Dr. Shyam Sundar Behura, Dy. Director, Student Services, KIIT appreciated the efforts of the Secretariat to sensitize freshers as well as other MUNers regarding the concept of MUN and wished them success in the forthcoming KIIT International e-MUN.