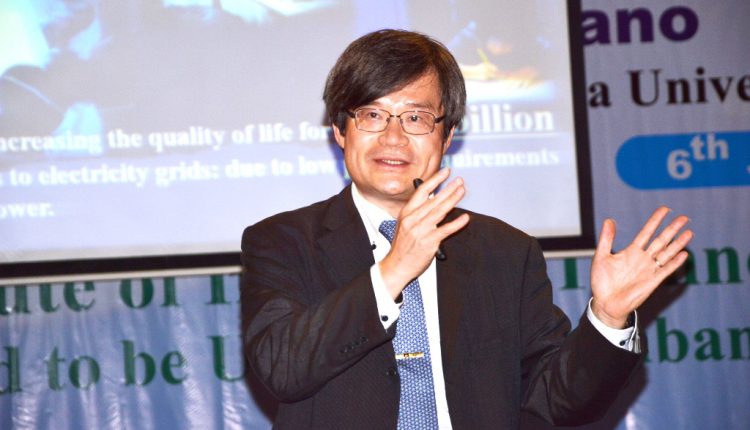 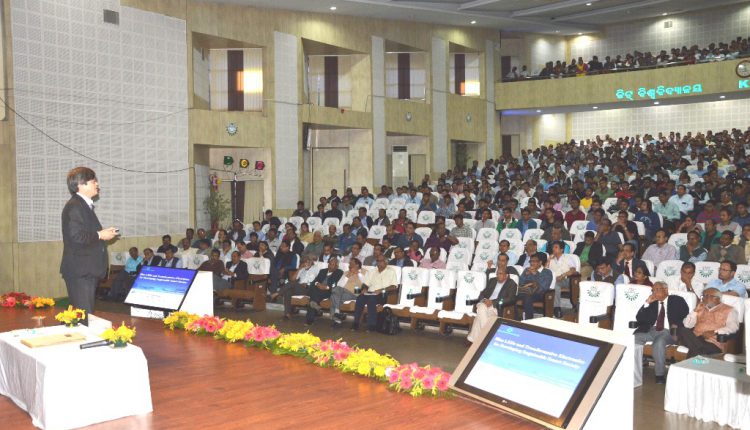 The blue light-emitting diode (LED) lamp holds great promise for increasing the quality of life for over 1.5 billion people around the world who lack access to electricity grids, said Prof. Hiroshi Amano, Nobel Laureate in Physics (2014) at Kalinga Institute of Industrial Technology (KIIT), Deemed to be University, Bhubaneswar on January 6, 2018. Prof. Amano was delivering a talk on ‘Blue LEDs and Transformative Electronics for Developing Sustainable Smart Society‘ under KIIT Knowledge Tree Lecture Series.

“By using LED light, Japan reduced its annual electricity consumption by 7% which translates to a saving of 1 trillion Yen. Consequently, energy efficient LED lights contribute to the reduction of CO2 emissions and global warming”, the Nobel Laureate informed.

He spoke about the drone super highway and air-taxis. “In future we will be able to connect at any time and any place”, he said. Many students and faculty members interacted with the Nobel Laureate in a question and answer session following his talk.

Earlier, introducing Prof. Hiroshi Amano to a packed auditorium Dr. Mrutyunjay Suar, Director, KIIT School of Biotechnology remarked, Prof. Amano is a Doctor of Engineering. Initially he studied Electrical Engineering at the University in Nagoya, which awarded him his doctorate in 1989. In 2002, he became a professor at Meijo University in Nagoya and later moved to Nagoya University. Later, he was awarded the 2014 Nobel Prize in Physics together with Prof. Isamu Akasaki and Prof. Shuji Nakamura for “the invention of efficient blue light-emitting diodes which has enabled bright and energy-saving white light sources”. 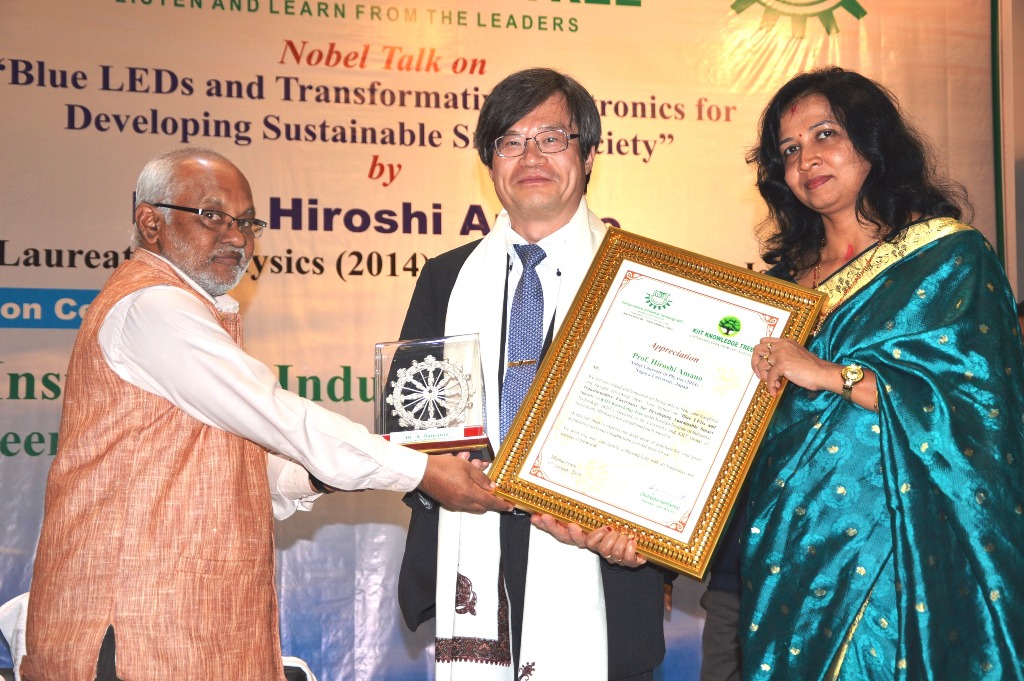 Prof. Sasmita Samanta, Registrar, KIIT Deemed to be University proposed Vote of Thanks.

Asian Parliamentary Debate, Pratijja v17.0, Organized by KSAC “It is better to debate…