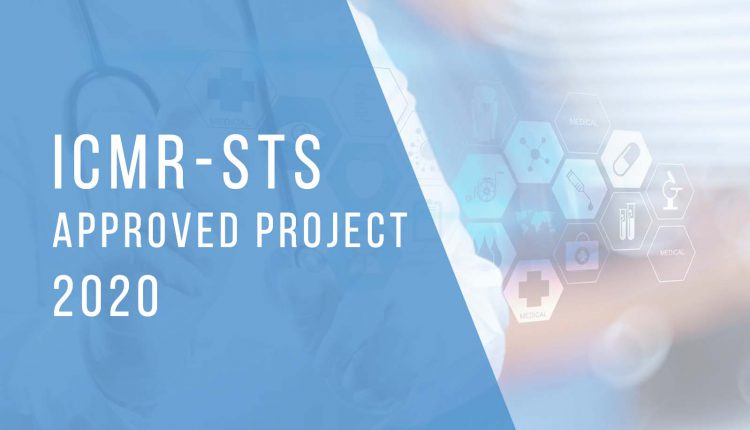 The project titled, “Heart rate variability in normal children and children with autism spectrum disorder- A comparative study” by Ms. Anushka Ghose, 1st year MBBS student has been approved by ICMR-STS 2020 (Ref ID- 2020-07663). Dr. Priyadarsini Samanta, Associate Professor, Dept. of Physiology is the Guide and Dr. Jayanti Mishra, Professor  & HOD, Dept of Physiology is the Co-guide in this study.

Autism spectrum disorder (ASD) is a neuro-developmental disorder characterized by impairments in social interaction and communication and by restricted, repetitive, and stereotyped patterns of behaviour. Studies worldwide are reporting that more children than ever before are being diagnosed with autism. A number of studies suggest that ASD is associated with anomalous brain structures, such as the amygdala, the anterior insular cortex, the anterior cingulate cortex, the brainstem, the prefrontal lobes, the cerebellum. As all these structures are involved in autonomic nervous system (ANS) regulation, ASD is linked to autonomic instability. It has also been proposed that the neurotransmitter levels as well as the neural circuits are abnormal in people with ASD. Social interaction and communication in individuals with ASD are related to their ANS activity.

Heart rate variability (HRV) is the beat to beat variation of heart rate, which is determined by the combined input of a sympathetic and parasympathetic system on senatorial nodes of heart. It is one of the most reliable non-invasive methods to study cardiac autonomic function. In the light of above mentioned findings, the primary aim of this study is to assess HRV in children with ASD and compare the parameters of the study with age and gender matched healthy children.

The study findings will help in assessing the cardiac autonomic status of children with ASD compared to normal healthy children. The pathophysiological mechanism leading to cardiovascular complications and symptoms associated with ASD can be explained from impaired autonomic status of these children. This will surely help in planning of proper interventions, follow-up and improving the quality of life of the ASD children.

National CME on Vasculitis Organized by Department of Dermatology, KIMS

Accolades for Faculty & PG Students of Department of Biochemistry, KIMS