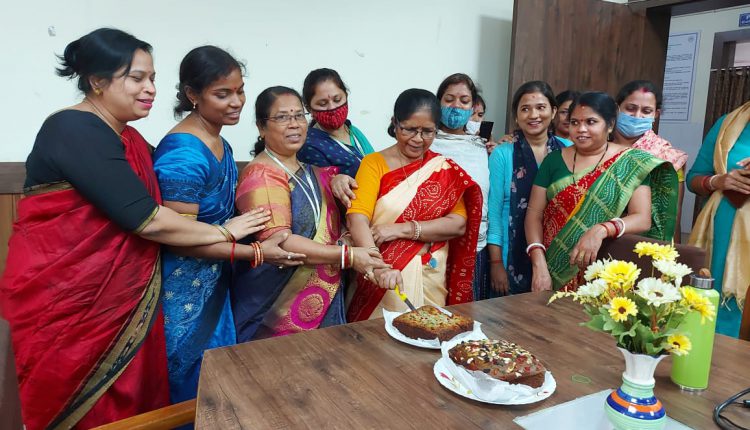 “Motherhood is a series of behaviors rather than a role for heroes. Being a mother is not an easy job, but it is definitely the best job anyone could ever have.”

In 2003, the Government of India declared the National Safe Motherhood Day on April 11, on the Birth Anniversary of Kasturba Gandhi. The day is observed every year. This day aims at creating awareness about the care one needs to take and the access to services during pregnancy, childbirth and postnatal. It is celebrated to educate mothers about the problems and help them to overcome this problem.

Like every year, Kalinga Institute of Nursing Sciences (KINS), KIIT-DU observed the day in a befitting manner in association with SOMI Odisha Chapter in the Post-natal ward of KIMS on 12th April, 2021. In her inaugural address on the theme “What Women Want to Listen, Act and Change”, Mrs. Kalyani Rath, Associate Professor, KINS explained that the aim and understanding behind the theme was to claim women survival during the period of pregnancy and childbirth in an efficient and favorable manner.

A quiz competition was conducted among the postnatal mothers. It was a three-stage competition which covered the areas of antenatal care, post natal care and newborn care. The quiz was moderated by Mrs. Aparna Moharana and Ms. Pranati Patra, Tutors, KINS. Prizes were distributed to the winners with appreciation by Dr. S. K. Rath, Prof. HOD, Dept. of OBG, KIMS.