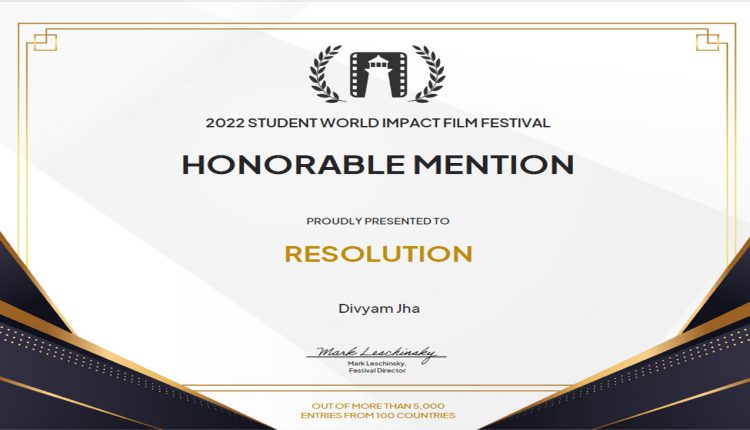 In a stupendous achievement, Mr. Divyam Jha, a student of KIIT School of Film & Media Sciences has won Honourable Mention for his film “RESOLUTION” at the 2022 Student World Impact Film Festival. This is a remarkable achievement considering there were more than 5000 entries from 100 participating countries. Mr. Divyam Jha is a 3rd year student of Bachelor of Film & Television Production (BFTP) programme.

The Faculty and Staff of the School have congratulated and conveyed best  wishes to  Mr. Divyam Jha  for his achievements and honest efforts which earned him such International recognition and reputation for the School as well.