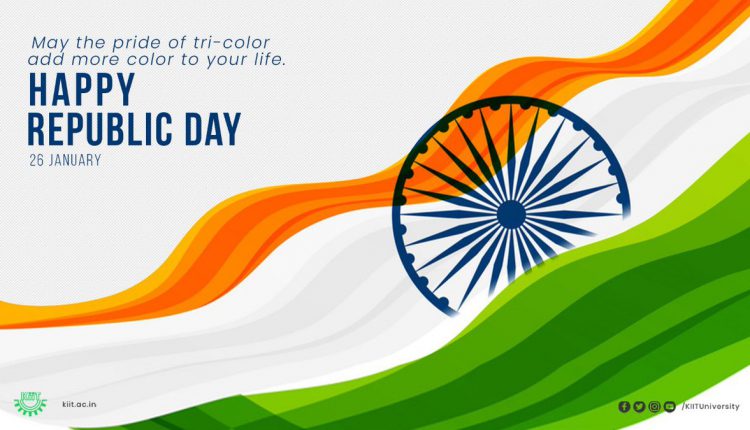 ‘Rhythm & Rhyme’, the Cultural Club of KIIT School of Languages (KSOL), organized a virtual event, “Ek ShaamDeshKeNaam” on the eve of the 72nd Republic Day of India. The cultural event celebrated the cultural and linguistic diversity of the nation and upheld the creative spirit of the students of the School.

The event was initiated by Ms. Vaishali Gupta and moderated by Ms. Pratistha Mohanty, Ms.Sneha Jena, Ms. Divyashree Das and Ms. Ranjita Majumdar. All of them are the student coordinators and members of the Club. Dr. Biswajit Das, Dean, KIIT School of Languages graced the occasion by appreciating the cumulative efforts of the team to organize the event and encouraged the Club for its future endeavors. Prof. Debanjali Roy, Faculty Coordinator of the Club expressed the essence of the occasion, highlighting the constitution of the team and their efforts to actualize the event.

The first dance performance with the theme “Bharat ki Ekta” was enacted by Ms. Sarbani Sengupta and Ms. D. Subhasmita on the song “Bharata Bhagya Bidhata”. It was followed by the duet song act “Watan Mera India” performed by Ms. Arpita Nath and Ms. Subhangi Rout  in memory of the martyrs of 1962 war. After this, Ms. Simran Yashita recited a soulful poem titled “Iss Maati Mein Hai Janam Liya” on the dream of building a nation unfettered from corruption and discrimination.

The event garnered an overwhelming response from the audience. Enthused by the success of its maiden event, the Rhyme & Rhythm Club of KIIT School of Languages aspires to bring forth several high quality events in future to hone the hidden talents of students and ensure their cultural enrichment.