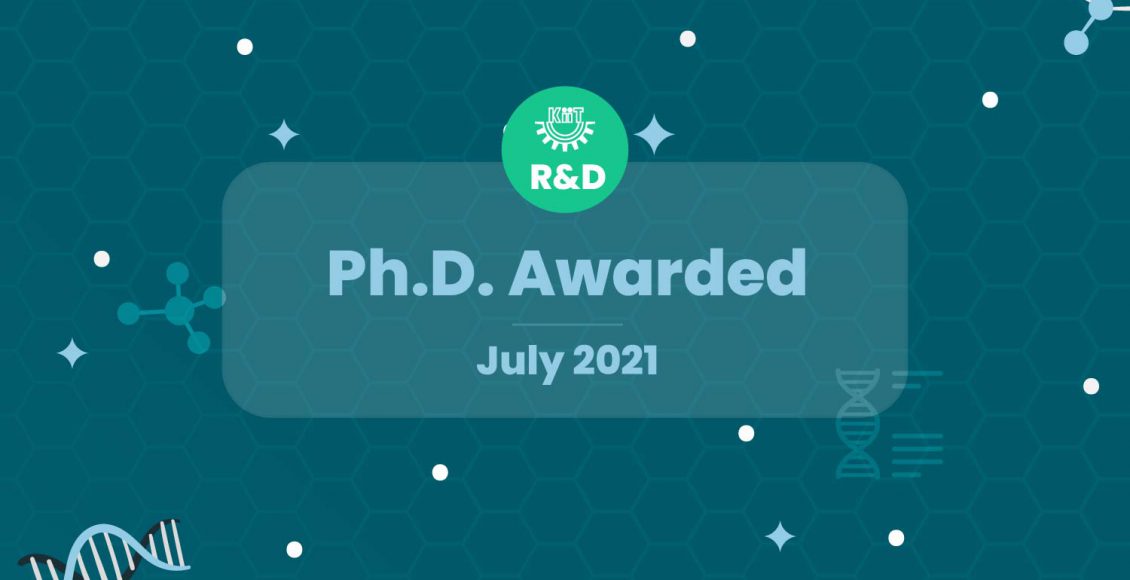 Ph D in Mathematics awarded to

Thesis Title:
Some problems of Scattering and Propagation of Elastic Waves with Application to Seismic Phenomena.

Inter-ionic interactions of Tetra-n-butylammonium bromide (TBAB), Tetra-n-propylammonium bromide (TPAB) and Cetyltrimethylammonium bromide (CTAB) with 1,3-Dioxolane(1,3-DO) and Tetrahydrofuran (THF) within the temperature range, T = 298.15 K to T = 313.15 K have been studied by combination of volumetric, viscometric, acoustic and UV absorption measurements. These values are used to study the effect of temperature on the ion solvent interactions. The experimental results of viscosity has been analysed by using Jones–Dole equation and the applicability was checked by Moulik Equation. The obtained viscosity B-coefficients was used to interpret the structure-making or structure breaking tendency of the complexes.

Abstract of the thesis:

In this thesis studied the effect of annealing parameter and surface treatment on the properties of kesterite based thin film absorber layer; CZTSe (Cu2ZnSnSe4), CZTSSe (Cu2ZnSnS/Se4) and to get a deeper understanding on the processing of these absorber layer. Kesterite thin film deposited by vacuum and non-vacuum based techniques were described. The vacuum-based thermal evaporation was used for the successful stack deposition of CZTSe and non-vacuum based ball milling followed by screen-printing was used for successful single stage deposition. After preparation of the CZTSe thin film, the effect of annealing parameters (viz. annealing temperature, time, environment and temperature profile) on the structural, optical, morphological and electrical properties of the films were studied. The surface treatment by HCl and NH4OH for removal of binary phase from the CZTSSe film and using Thiourea for incorporation of Sulfur in the CZTSe film were also discussed.