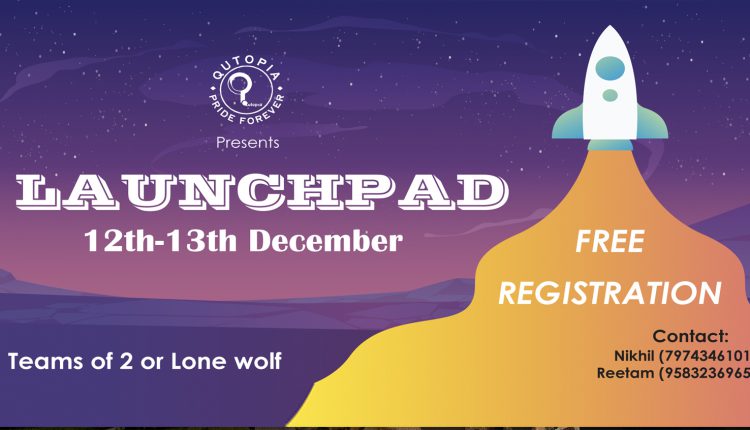 The preliminary round consisted of 20 mind-bending questions, hosted by Quizmaster Aditya Kaushik. Participants actively engaged in the preliminary rounds, proving their mettle by attempting almost all questions. The cut-off for the prelims, thus, stood very high with the top score of 182.5 out of 200. Eight teams qualified for the finals which were held on 13th December.

The finals were hosted by four members of Qutopia namely Nikhil, Shashank , Reetam and Kaustav. It consisted of four rounds having eight questions in each round on topics like Entertainment, Science, General Knowledge, Technology and Business. The audiences were kept engaged post prelims and finals by letting them see all the questions once again, as a part of the discussion. Many miscellaneous questions solely meant for the audience were also there.

After a long grueling session of questions, the finals went into a tiebreaker to decide the first position. The first position was won by Ayashkant Nayak and Robin Sarkar,  while the second position was secured by Harshit Singh and Prakhar Dubey. The third position was bagged by Ujjwal and Charan. The winners will be awarded cash prizes worth Rs. 9000 and E-certificates.