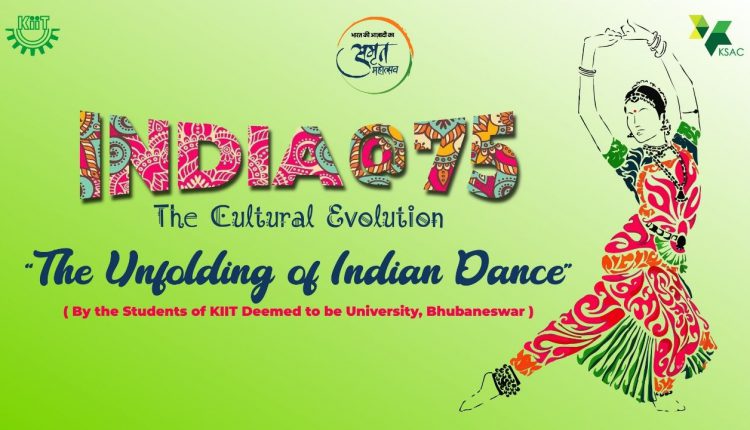 KIIT Student Activity Centre (KSAC) organized the 1st episode of India @75 – The Cultural Evolution to commemorate 75 years of progressive India and the glorious history of its people, culture and achievements. The event focused on Indian Dance forms by the name “The Unfolding of Indian Dance” and premiered on YouTube. Students of KIIT showcased classical dance in the form of Bharatnatyam, Odissi and Kathak which was followed by folk dance such as Bihu, Bhangra and Sambalpuri. They also showed the transition to the semi-classical forms and Bollywood styles of the present era.

The hosts described the entire event and performances and thanked Prof. Achyuta Samanta, Founder, KIIT & KISS for keeping the culture and tradition of every state thriving at KIIT. Dr. Shyam Sundar Behura thanked all the students who performed and the hosts for their efforts and contribution towards Bharat ki Azadi ka Amrit Mahotsav, an initiative of the Government of India.