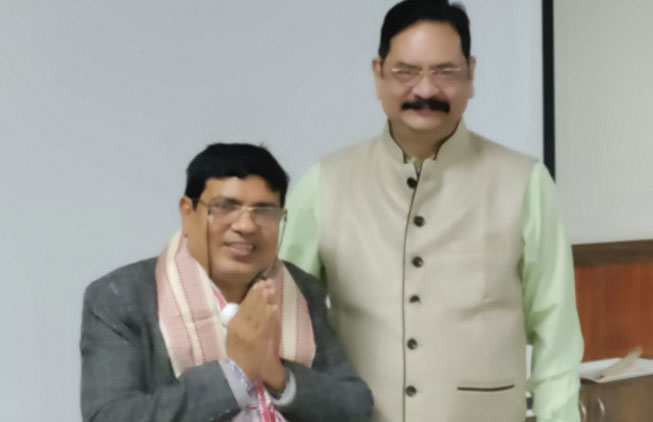 KISS-DU Organizes Distinguished Invited Lecture on ‘Rethinking and Transforming Area Studies and Indian Studies: A New Cosmopolitanism and the Challenges of Planetary Realizations’

In his lecture, Prof Giri urged upon the need for rethinking area studies of social sciences in broader terms that what these made out to be in the context of American Social Sciences Studies in purely geo-political terms in the post-World War Context. In colonial times, Anthropological and Sociological area studies were Orientalist in nature. This kind of parochialism has to be done away with, and area studies should rest on the concept of area as an epistemic field that encompasses forms of knowledge as varied as philosophical, religious and literary, he stated. It is not a geographic area but to be understood as a construct of ideological beliefs, cultural expertise and philosophical views of the world. He cited the concept of homo hierarchicus of Louis Dumont to exemplify the social space and also invoked the idea of kshetra from Kshetra Bibhaga Yoga of The Bhagawat Geeta to define space in terms of the ontology of the body as kshetra. Space can also be understood in ecological terms. The area can be rethought as gendered space and even onto-epistemologically.  These concepts in unison work out thematic and analytics of the study of humans, their cultures and society.

The areas of its study should be roots and routes because cultures travel, reconfigure themselves in interacting with various material forces and through different modes of representations, he added. Professor Giri also talked about the post-humanist thinkers like Peter Sloterdjik and Donna Haraway and referred to the analytic philosophy of Ludwig Wittgenstein to gesture towards a new paradigm of cultural knowledge in a larger horizon involving the globe, ecology and machines, beyond the humanist and nationalist topologies of knowledge. He also referred to the German Sociologist Ulrich Beck to show his ideas of global modernity produces inequality and plurality that conventional area studies elude.

In the second part of the lecture, Professor Giri talked about the need to bear upon India Studies, not just field studies, but knowledge of studies of religious, literary and philosophical books in multi-temporal and multi-spatial contexts, the dynamics of the movement of books and ideas to formulate nuanced and critically rich versions area studies. These versions of area studies give rise to a cosmopolitan planetarity, a pluralist and ethically human habitation for all.

Speaking on the occasion, Professor Deepak Kumar Behera, Vice-Chancellor, KISS-DU, made preliminary remarks about the importance of the lecture and the university’s academic beliefs and practices. Drawing reference from the speaker’s thoughts, Professor Behera highlighted some of the initiatives undertaken by KISS-DU in the preservation and promotion of indigenous tribal culture. He also spoke about the activities being carried out by the University for the educational and allied benefits of the tribal students. Professor Behera also spoke about the sacrifices of Dr. Achyuta Samanta, Founder, KISS & KIIT to work for the 30,000 tribal children studying at KISS from across the State and the neighboring states.

Dr. Iswar Chandra Naik, Dean, School of Tribal Legal Studies and Tribal Rights, KISS-DU, introduced the speaker to the attendees and shared some of the milestones achieved by the distinguished speaker. A formal vote of thanks was proposed by Dr. Birendra Suna.