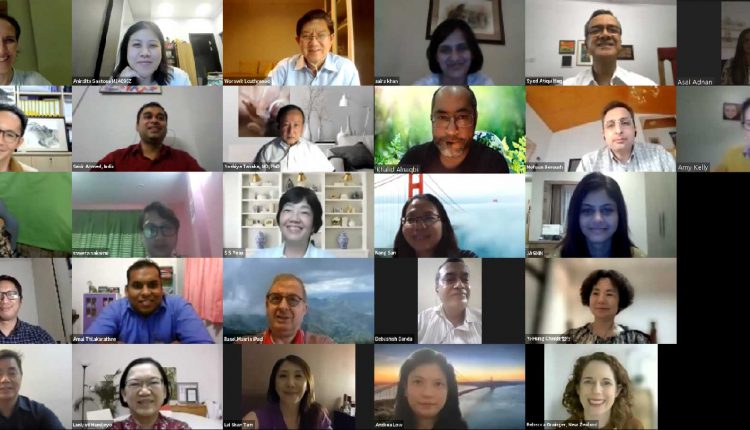 KIMS Rheumatologist Leads Task Force on Telemedicine in the Asia-Pacific

Dr. Sakir Ahmed, Associate Professor of Rheumatology, KIMS was nominated by the APLAR Board of Directors to head a task force for formulation of recommendations on the approach and practice of telemedicine in the Asia-Pacific region in February 2021. APLAR (Asia Pacific League of Associations for Rheumatology) is an international organization for rheumatology involving 33 countries of the Asia-Pacific region.

Dr. Sakir has put together a task force across various APLAR countries and they have worked in the last four months to prepare the first set of recommendations. These were discussed in a Delphi meeting on the 23rd of July, 2021 attended by the President of APLAR and its Board of Directors. Delphi was a highly inspiring event – a real mix of people from different countries and backgrounds working late into the night to achieve a common goal. These recommendations will be presented in the APLAR annual conference to be held at Tokyo in August 2021, and will be finalized after a second Delphi.