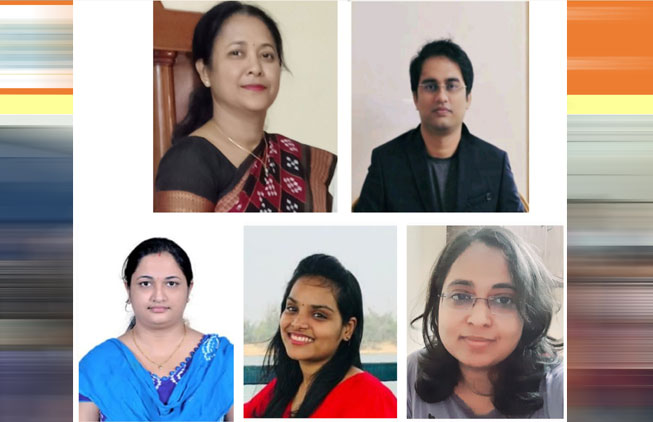 Mullerian Duct anomalies are a spectrum of uterine anomalies caused by abnormal embryologic fusion or canalization of a mullerian duct to form a normal uterine cavity. Incidences of Mullerian Duct Anomalies are in 1-5% of all women. These anomalies are often asymptomatic and un-recognized. But adverse pregnancy outcome may be there in 5-25% of cases which may include miscarriages, preterm birth, growth restriction, malpresentation and increased risk of caesarean delivery.

We have discovered an interesting case of mullerian abnormality incidentally in a 27-year patient of [email protected] 5 days pregnancy while undertaking elective LSCS for CPD, where we found round ligament of left side was attached at the level of lower uterine segment and fallopian tube and ovarian ligament both attached to the Round ligament at its distal end close to lateral pelvic wall.

MCMA (monochorionic Monoamniotic) twin pregnancy is the development of two fetuses in a single amniotic cavity. This results from division of zygote between 8th and 13th day after fertilization. These pregnancies have higher risk of perinatal mortality (28-47%) and morbidity. Umbilical cord entanglements and knots may lead to life threatening vascular accidents resulting in death of one or both twins. Twin to twin transfusion syndrome, growth discrepancy, prematurity and intertwine locking during labour are some other complications responsible for their high perinatal morbidity and mortality.

We have encountered an interesting case of MCMA twins in a 27-year old, G2p1L1 at 33weeks 5 days of pregnancy with spontaneous conception with previous LSCS with GDM with hypothyroidism. Her antenatal period was uneventful, both the babies showing normal growth pattern and Doppler flow studies.