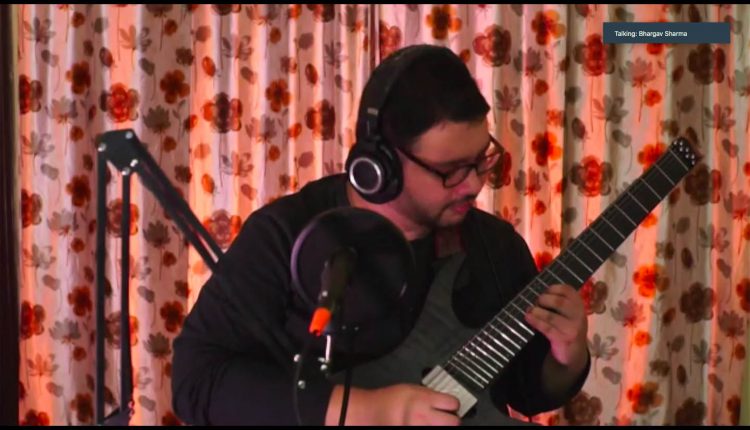 As a student, Bhargav served in various roles in co-curricular spheres. He was the coordinator of Korus, the music and dance society of KIIT, organizing cultural events in the institute, teaching guitar at the KIIT Student Activity Centre, and winning accolades for his institute and band ‘Raaga’ in music competitions across East India. He graduated in 2015, but the music did not stop for Bhargav there.

He continued on his musical journey, becoming a touring musician alongside his daily job commitments. He has played for audiences numbering thousands, performing in coveted events of national acclaim such as NH7 Weekender, India Bike Week, BITS Goa, NITK Surathkal, MCC Chennai, and many others. Bhargav has recently launched his own solo venture ‘Toxic Teddy’, which aims to bring the online musicians’ community closer through interactive content and collaborations without limits. His performance as a guitarist in the LIVE show got huge accolades and his story at KIIT was very nostalgic for many. It ended with a brief interactive session.

Dr. Shyam Sundar Behura, Dy. Director, Student Services moderated the LIVE series programme.  He thanked Bhargav for accepting the request and also the LIVE audience who were there throughout the event. He also thanked Dr. Achyuta Samanta, Founder, KIIT & KISS for guiding and motivating the KIIT Student Activity Centre, which grooms the passion of students and supports them.

A 500-Bedded COVID Hospital at KIMS All Set to Resume…