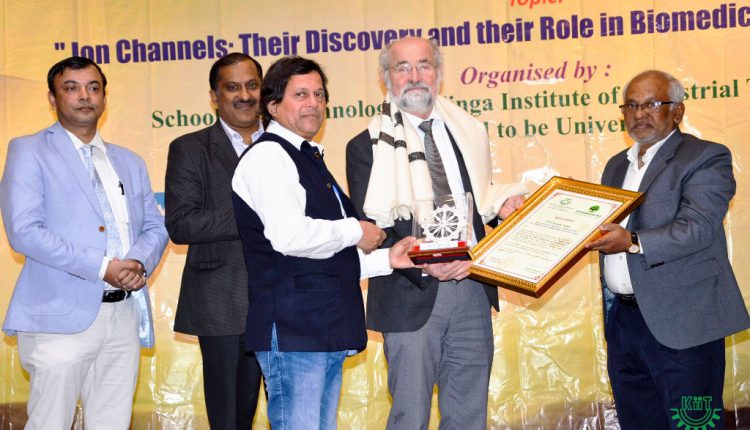 Ion Channels : Their Discovery and their Role in Biomedicine and Pharmacology

Nobel Laureate Prof. Erwin Neher delivers 10th JBS Haldane Lecture on the theme ‘Ion Channels : Their Discovery and their Role in Bio-medicine and Pharmacology‘ at Auditorium, KIIT Campus-6 on 8th January, 2018, which was organized by KIIT School of Biotechnology.

Prof. Erwin Neher, Director of the Max Planck Institute for Biophysical Chemistry, Gottingen, Germany and recipient of the Nobel Prize in Physiology and Medicine in the year 1991, discussed in detail regarding the earlier researches done in area of bio-electricity by scientists like Luigi Galvani, the pioneer of bio-electromagnetic, Santiago Ramon Y Cajal, Spanish Neuroscientist and Pathologist, and Julius Bernstein, a German Physiologist. 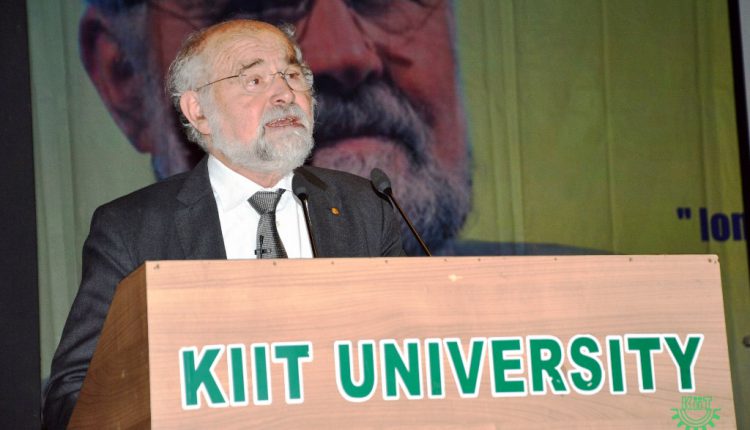 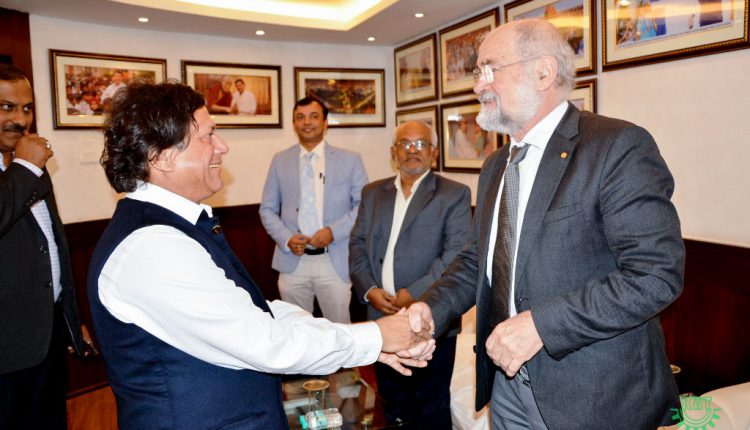 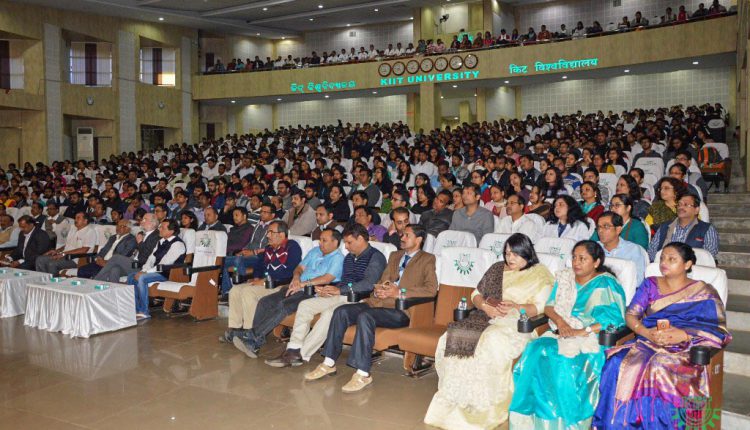 Prof. Neher spoke on Patch Clamp Technique that he developed along with his colleagues that revolutionized the study of ion channels, a kind of pore-forming proteins located in cell membranes that facilitate the passage of ions into and out of the cell and affect the human physiology.

He elaborated on the ion channels and the concepts around them such as the involvement of ion channels in conducting tasks in different cell types like Nerve cell, Kidney cells, Lymphocytes etc., interest of Pharma industry in ion channels for drug discovery, the diseases caused due to defect in ion channels, channelopathies in Cardiology and the Patch Clamp Technique.

Elaborating on the ion channels, Prof. Neher said, “Our brain is a network of 1012 neurons, each of which is connected within thousands of other cells through synapses. He cited three surprises of Ion Channels and those are

He explained that ion channels are unique drug targets whereas, Memantine is the second most prescribed drug for ameliorating symptoms of Alzheimer’s Disease. In fact, it is a blocker of NMDA-type glum-ate channels. Drastically different channel dysfunction can lead very similar clinical symptoms.

Later he took a few questions related to ion channels and their implications in the field from experts and students present in the Auditorium.

In introducing Prof. Neher at the outset, Prof. Mrutyunjay Suar, Director of KIIT School of Biotechnology, said, Prof. Erwin Neher, a German biophysicist, who is a specialist in the field of cell physiology. For his significant contribution in the field, he was awarded, along with Bert Sakmann, the Nobel Prize in Physiology or Medicine for “their discoveries concerning the function of single ion channels in cells”.

Meanwhile, Prof. Neher was felicitated by Prof. Achyuta Samanta, Founder of KIIT and KISS, in presence of Vice Chancellor Prof. Hrushikesha Mohanty and Prof. Mrutyunjay Suar, Director of KIIT School of Biotechnology in the packed auditorium comprising of students, faculties and staff members of KIIT Deemed to be University.