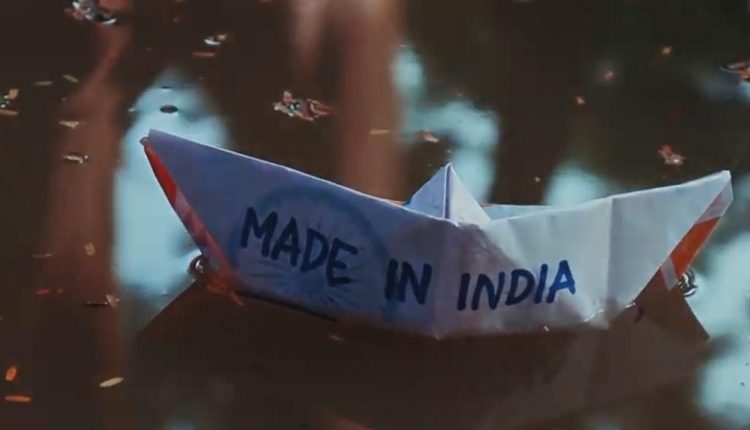 KIIT School of Film and Media Sciences (KSFMS) has proved that the nation-wide lockdown cannot prevent it from setting glorious milestones. After the successful conduct of the three-day Global Photography Festival, KSFMS made the University proud as Puru Priyam, a 5th semester student, won a special mention certificate in a national-level short film competition for his film ‘Made in India’.

This Short Film Competition was organized by the prestigious National Film Development Corporation of India (NFDC) in collaboration with the Ministry of Information and Broadcasting, Government of India.

The topic for the competition was ‘Patriotism and its Facets’, which also included the call for ‘Aatmanirbharta’. It received as many as 862 official entries from all around the country, among all age groups. The competition came as a challenge to the filmmakers as it wasn’t very accessible to shoot with the ongoing lockdown in the country.  “We had no budget… nothing…”, says Puru. “We just had a camera, a few kids as actors that we found on our way and an idea to share. This is all it takes”.

Earlier, Puru Priyam’s short film ‘The Box’ had also bagged 4th position in a national university level short film competition on the topic of ‘Intellectual Property Rights in Our Daily Lives’, co-organized by the Government of India and ASSOCHAM, The Associated Chambers of Commerce of India.

It is because of such budding talents, India still holds a future in the field of arts and culture. KSFMS will play a vital role in enhancing and motivating the young leaders of the film world.