Ms. Ashley Judd lighting the traditional lamp at the ceremony. 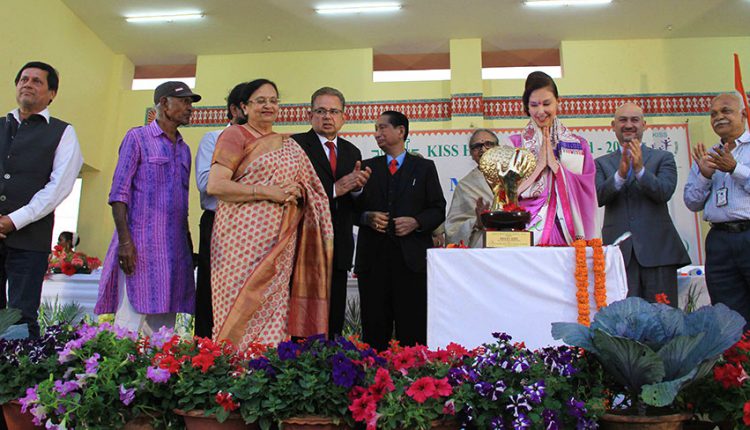 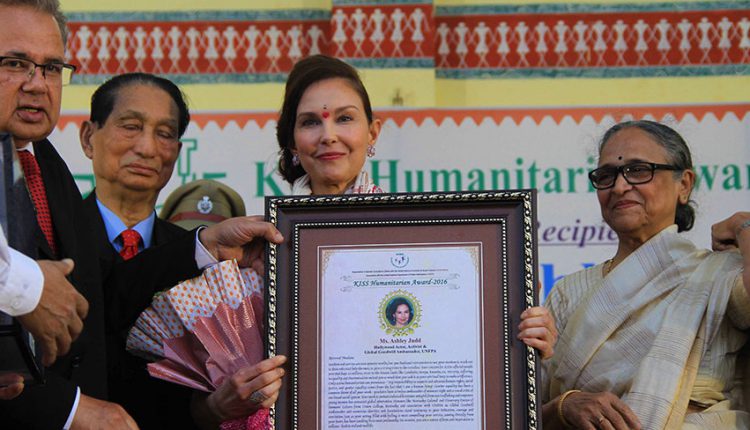 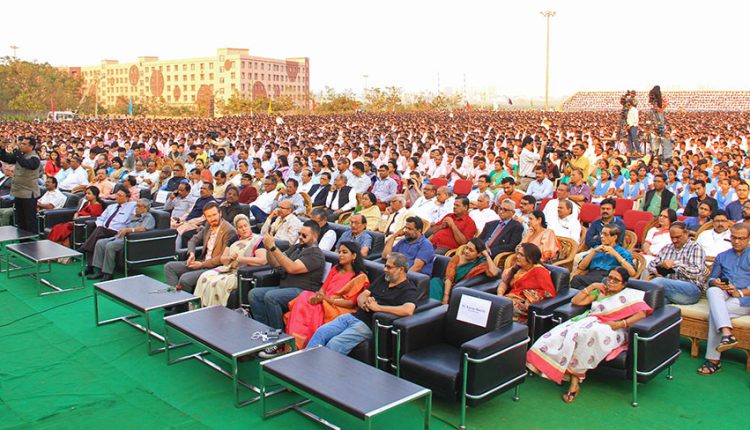 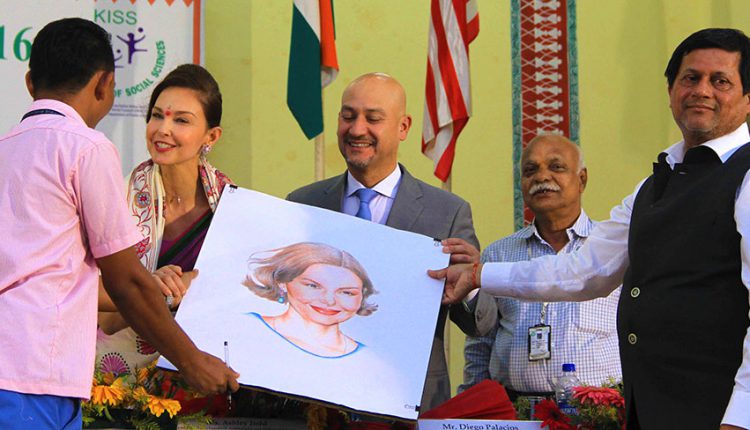 A student of KISS presenting a portrait to Ms. Ashley Judd.
Prev 1 of 5 Next

“Human rights are under challenge all over the world and we need champions like Ms. Ashley Judd now more than ever”, said Dr. Jamir, commending her as a tireless champion of women rights. KISS is a glowing example of protecting human rights of tribal children, he stated, while expressing happiness that the Institute has been honouring outstanding men and women from all parts of the world through this annual award.

The award citation commended her work “to protect vulnerable women and girls from sex trafficking and empower young women” and recognized her as “a tireless ambassador of women’s right and a vocal critic of our biased social system”. She was unanimously chosen for the award for her “concern for the poor and vulnerable, and contributions in the field of health, poverty eradication and human rights”.

Expressing gratitude for the honour, Ms. Judd said, KISS is transforming poverty through education and nutrition. This award will empower and make me energetic to do more work for women and girl children. “I was sexually assaulted as a seven-year old”, she revealed, while stressing that violence and discrimination against women is pervasive in all countries and cultures. Women should have control of their own body, sex, and fertility, she insisted. “Support each other, help your people and your community”, she advised the 25,000 tribal girls and boys of the Institute witnessing the presentation ceremony.

Ms. Judd is a popular American actor who has played leading roles in Hollywood hits like Ruby in Paradise, Where the Heart is, Kiss the Girls and Divine Secrets of the Ya-Ya Sisterhood. Apart from her unforgettable performances in highly acclaimed films, the former Golden Globe and Emmy nominee has been involved in global humanitarian work since 2004. Her initial work revolved around AIDS in Africa. She is strongly committed to the cause of social justice, poverty eradication and sustainable development and a passionate advocate of rights of the girl child and women. Associated with numerous charities and foundations across the world, she was appointed Global Goodwill Ambassador for the UNFPA in 2016.

“This award is recognition of her commitment to humanitarian causes”, said Mr. Diego Palacios, informing that KISS and UNFPA have partnered to implement Life Skills Education programme in Odisha. UNFPA is proud of the recognition, he added.

The KISS Humanitarian Award was created in 2008 by Prof. Achyuta Samanta, a prominent educationist and social activist, to honour individuals with exceptional contribution to the society in various fields relating to social issues and who have distinguished themselves as true humanitarians. It takes its name from Kalinga Institute of Social Sciences (KISS), founded by Prof. Samanta in 1993. A unique and internationally acclaimed initiative of empowerment through education, KISS today serves 32,000 poorest of the poor tribal children (25,308 students and 7000 alumni) who receive free education, lodging, boarding, complete health care, enabling life and vocational skills.

Chosen by a high-level jury, KISS Humanitarian Award is being presented every year since its inception to great compassionate leaders of vision and concern for human values from different parts of the world.

“The award, comprising a citation and a gold plated trophy that depicts a great social message, has attained much covetousness over the years”, said Prof. Samanta in his welcome address. It is the celebration of the struggles of the extraordinary human beings who try to alleviate the sufferings from the face of the earth, he stated.

“The trophy with a golden shine depicts a pair of hands upholding a heart that bears a smear of a multitude of waving hands. The pair of hands in the upholding gesture and the large heart represents compassionate service to humanity. A single pair of hands upholding the heart depicts how by art of giving a pair of dedicated hands can make a great difference in the lives of the helpless many. The shining golden color of the trophy stands for purity, altruism, prosperity and hope”, Prof. Samanta explained.