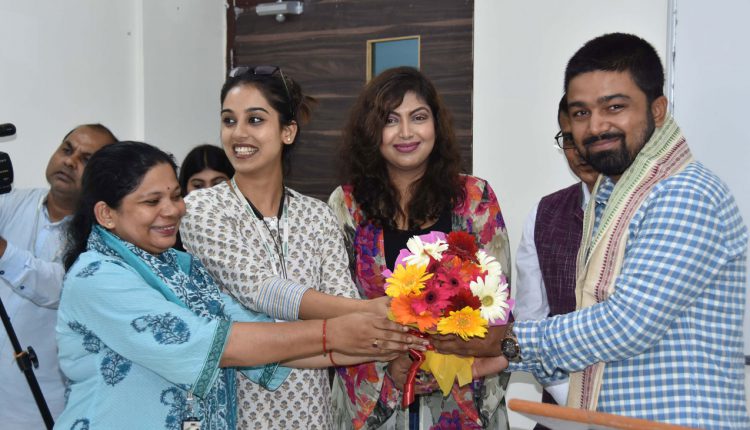 Popular journalist and founder of Sach Tak News Mr. Manish Kashyap delivered a talk on the career prospects in journalism at the School of Mass Communication, KIIT-DU. Mr. Kashyap, who is also known as the ‘Son of Bihar’, is a popular digital media news journalist known for his unique and honest style of reporting. His YouTube news channel is the most popular social media news channel with more than 4 million viewers.

Speaking at a programme titled “Meet the Media Person”, Mr. Kashyap emphasised ethical and moral values in journalism. In spite of the bouquet of regional and national news channels, there is still demand for neutral and impartial content, he said, pointing to the huge popularity of his social media news platform. News content can be prepared on any themes like health, pollution, corruption and basic amenities of people.

He narrated his experience in making a few popular news stories and its impact. He told the students how the tobacco advertisements endorsed by the megastars Amitabh Bachchan and Akshaya Kumar were withdrawn after his coverage. He also spoke on how he was arrested and penalized for his strong protest and firm commitment to the ethics of journalism. In his last part of the talk, he emphasized on human values like charity and human service. By citing his own examples, he appealed to all the students as well the faculty members to donate at least ten percent of their pocket money or income for any social cause.